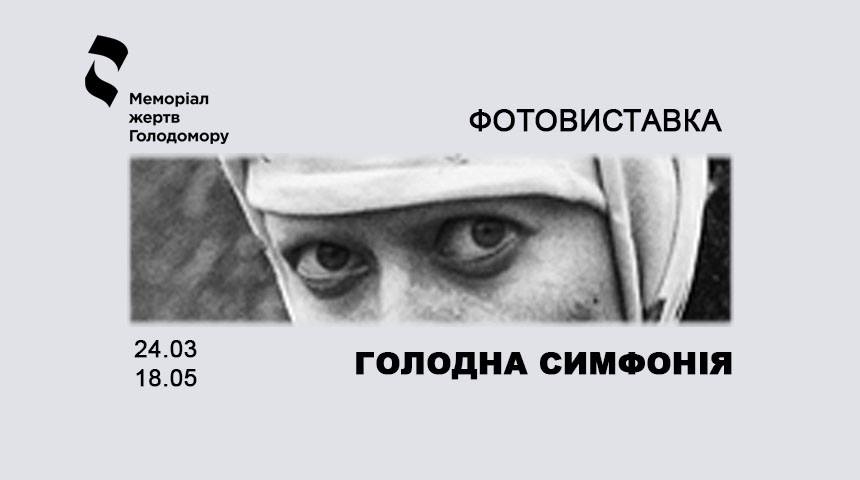 “…everybody was ready to sacrifice, they knew that today or tomorrow they would be destroyed, but they were worried about the other: would  the world know about it, would the world say anything?.. And the second problem had even more intimate nature: would there be anyone to pray for all those who would die?”

The Soviet leadership deleted the theme of genocide of Ukrainian people – Holodomor of 1932-1933 from newspapers, school textbooks, literature, music, art, from the life itself. But not from the memory of Ukrainian nation.

“The theme of Holodomor affected me in school years, despite boring teaching, debates and speculation. After I moved from Crimea to Kyiv where those events took place directly, I realized that I could not avoid it until I would remake my feelings into art.

… I decided that it was the time to show those terrible things the way they became – the routine. They are right here in our yard, on a telephone wire, behind the walls and windows. That is how the image of the starving woman, who at the same time is the death herself, was born. Around her there are no children, no animals, no any other person – she is the last. She doesn’t shock you by exhaustion, bare bones or cannibalism – she scares you because she still has strength to come for you, because the past is so close and real.

She comes for those who forgot, those who hid behind the warm walls, and for those who derides the memory of ancestors, for poets, for ordinary people – and she puts everything on the right places.

She is an echo of victims’ voices, as they sent her, immortal and tireless, to come and remind to alive people of something that has been once. We can say that this woman is a Memory. “

“It is very difficult to convey such a complicated topic as Holodomor in photos. The thought about Holodomor of 30’s – are millions of innocent victims, millions of our ancestors, our countrymen, and the stories of my grandfather, who is already 96, and who was a witness of that events, became the incentive for creation of photo session.

This tragedy will forever remain in the memory of Ukrainians as the most terrible page of our past. We, Ukrainians, and the whole world community must recognize that Ukrainian people became victims of a serious crime that should never happen again. We need to realize that we are descendants of those who died in such torments. “