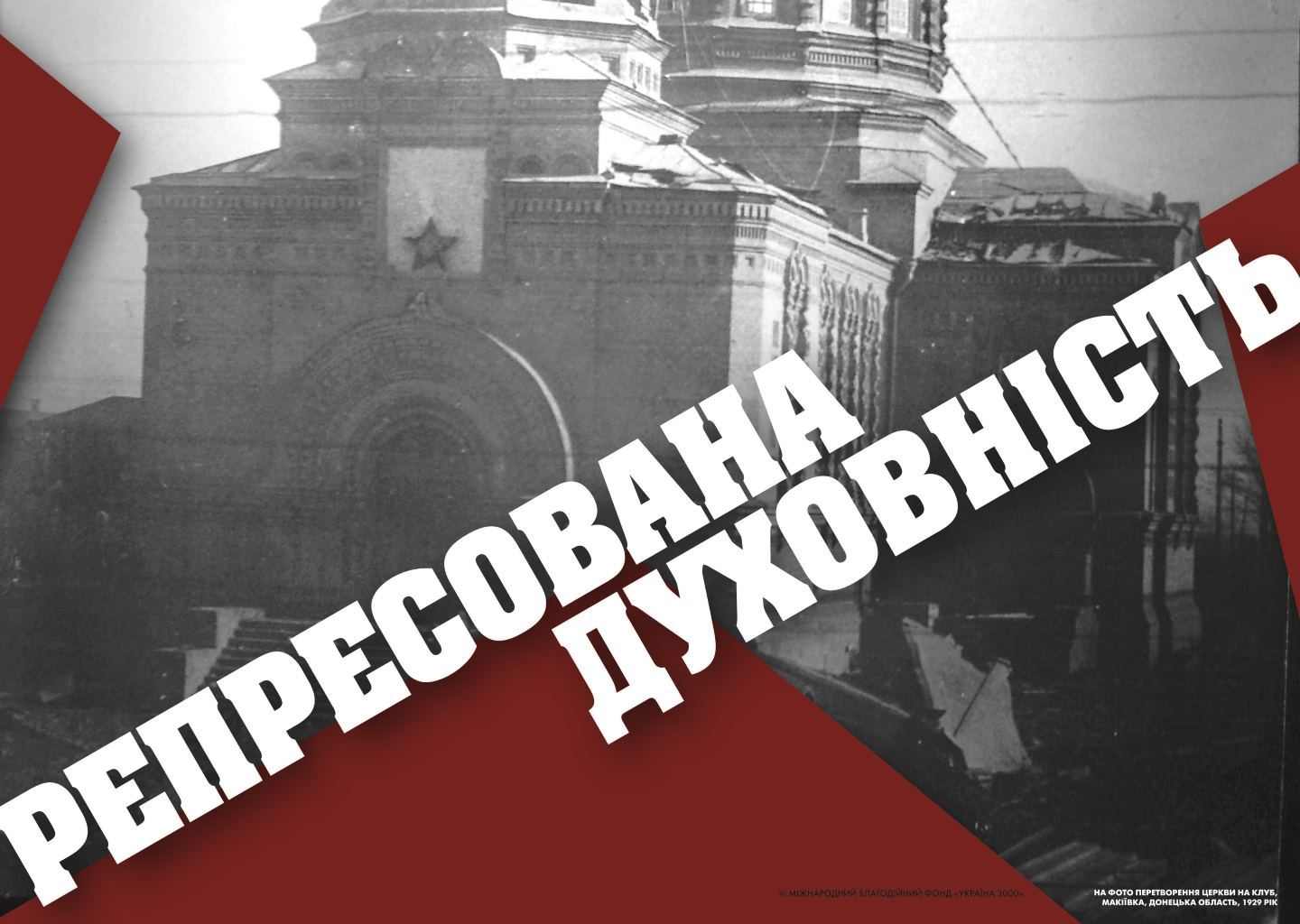 Repressed spirituality: The destruction of religion, churches and traditional rituality in Ukraine by of the communist regime

The exhibition was prepared by the International Charitable Fund “Ukraine 3000” (Head of the Supervisory Board is Kateryna Yushchenko) within the “History Lessons” program together with the State Archives Department of the Security Service of Ukraine and the Kyiv Department of the Vasyl Stus  Ukrainian Union “Memorial” and with the blessing of the Archbishop Supreme of the Ukrainian Greek Catholic Church Lubomyr Huяar.

The exhibition consists of 20 posters. The purpose of the exhibition is to inform the world and the Ukrainian community about the destruction of the Ukrainian Church (Ukrainian Greek Catholic Church, Ukrainian Autocephalous Orthodox Church), religiosity and traditional ritualismby the communist authorities, as they threatened the newly formed Soviet empire. The exhibition also tells about the underground functioning of the church in the 1950–1980s and its revival during the years of Ukraine’s independence.

The materials used in the exhibition are from:

State Archives Department of the Security Service of Ukraine

Centre for the Study of the Liberation Movement

Kyiv Scientific and Methodological Center for the Protection, Restoration and Use of Historical, Cultural and Reserved Territories and Reserved Areas

Institute of the History of Church of Ukrainian Catholic University

Lviv Museum of the History of Religion