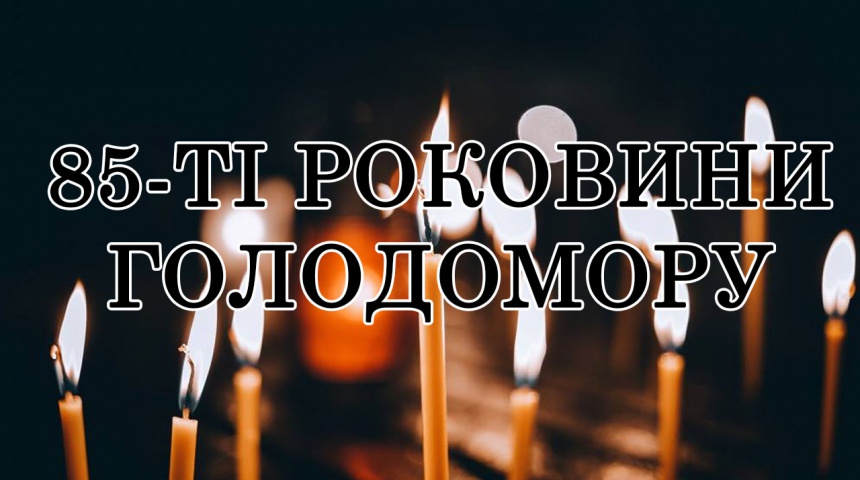 85 years ago the Soviet Union authorities committed genocide, which is the most serious international crime against Ukrainian nation. During a long time, survived Ukrainians were forbidden to speak about Holodomor, to honor the memory about their relatives, and even to mention their names. But the truth and remembrance about Holodomor has always lived in their hearts and in the hearts of the next populations.

Now, when Ukraine is an independent state, it is our civic duty to properly honor the memory of 7 million innocently killed Ukrainians in 1932–1933. Every Memorial Day for Holodomor Victims reminds us about the responsibility for not to allow the hatred and genocide in the future and to defend human dignity, rights and freedoms.

National Museum “Holodomor Victims Memorial”, which is the center of commemorating the memory of Holodomor victims and the only national museum about the history of genocide against Ukrainians, prepared educational, exhibition and scientific projects to the 85th anniversary of Holodomor-genocide of 1932–1933.

You ca get information about the future events and meetings with Holodomor witnesses on the Museum`s web: http://memorialholodomor.org.ua

In addition, museum offers interactive excursions and lessons about the history of Holodomor, different workshops.

Commemoration of the Memory Day can have different forms. Choose your own way to honor the memory of Holodomor victims and become the part of nationwide effort.

In order to prepare your events for 85th anniversary commemoration we recommend to use the materials from Holodomos Victims Memorial web: