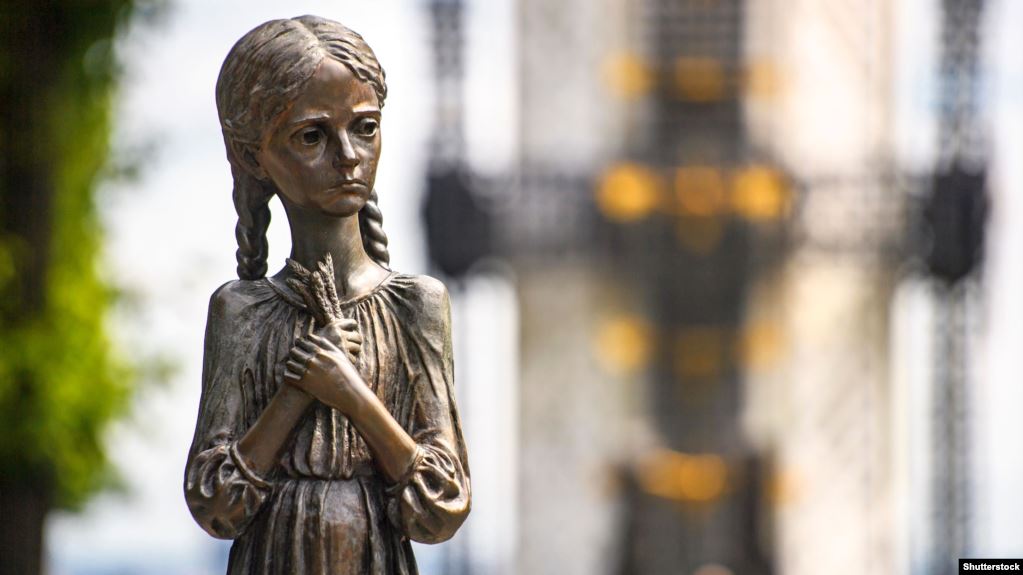 The “Bitter Memory of Childhood” sculpture will be returned to the Holodomor Museum on September 29 at 1 p.m. Easrlier. vandals tried to destroy it.

During the restoration of one of the main symbols of the museum, the pedestal was reconstructed, a plaque was created and minor damages were removed.

The speakers of the event:

Olesia Stasiuk — Director General of the National Museum of the Holodomor Genocide;

Oleksandr Tkachenko — Minister of Culture and Information Policy of Ukraine;

This sculpture is a symbol of memory of 3.5 million children killed by starvation during the genocide of the Ukrainian nation, as well as of those who survived in 1932–1933, but had no childhood. The girl is holding 5 ears of grain, which remind of the resolution of August 7, 1932 “On the protection of property of state enterprises, collective farms and cooperatives and the strengthening of public (socialist) property.”

We remind that on the night of August 21–22, vandals tried to destroy the sculpture on the territory of the National Museum of the Holodomor Genocide. However, the sculpture was not seriously damaged.

The President of Ukraine responded to the act of vandalism by calling on the police to conduct the necessary investigative actions, classify the offenses and report on the progress of the investigation.

Police have previously qualified the damage to the “Girl with Ears of Grain” near the Holodomor Museum as hooliganism.

The Consulate General of Ukraine in San Francisco, 22nd Prime Minister of Canada Stephen Harper, Canadian politician James Besan, member of the House of Commons of Canada Yvan Baker, Ukrainian World Congress, Holodomor Committee in the USA, President of American-Ukrainian Business Council Morgan Williams and others reacted to the desacration of the monument.

The Holodomor Museum is the only museum in the world that tells about the genocide of Ukrainians. We teach to resist hatred and human rights violations, we warn society against the crime of genocide by accumulating and disseminating knowledge about the Holodomor.