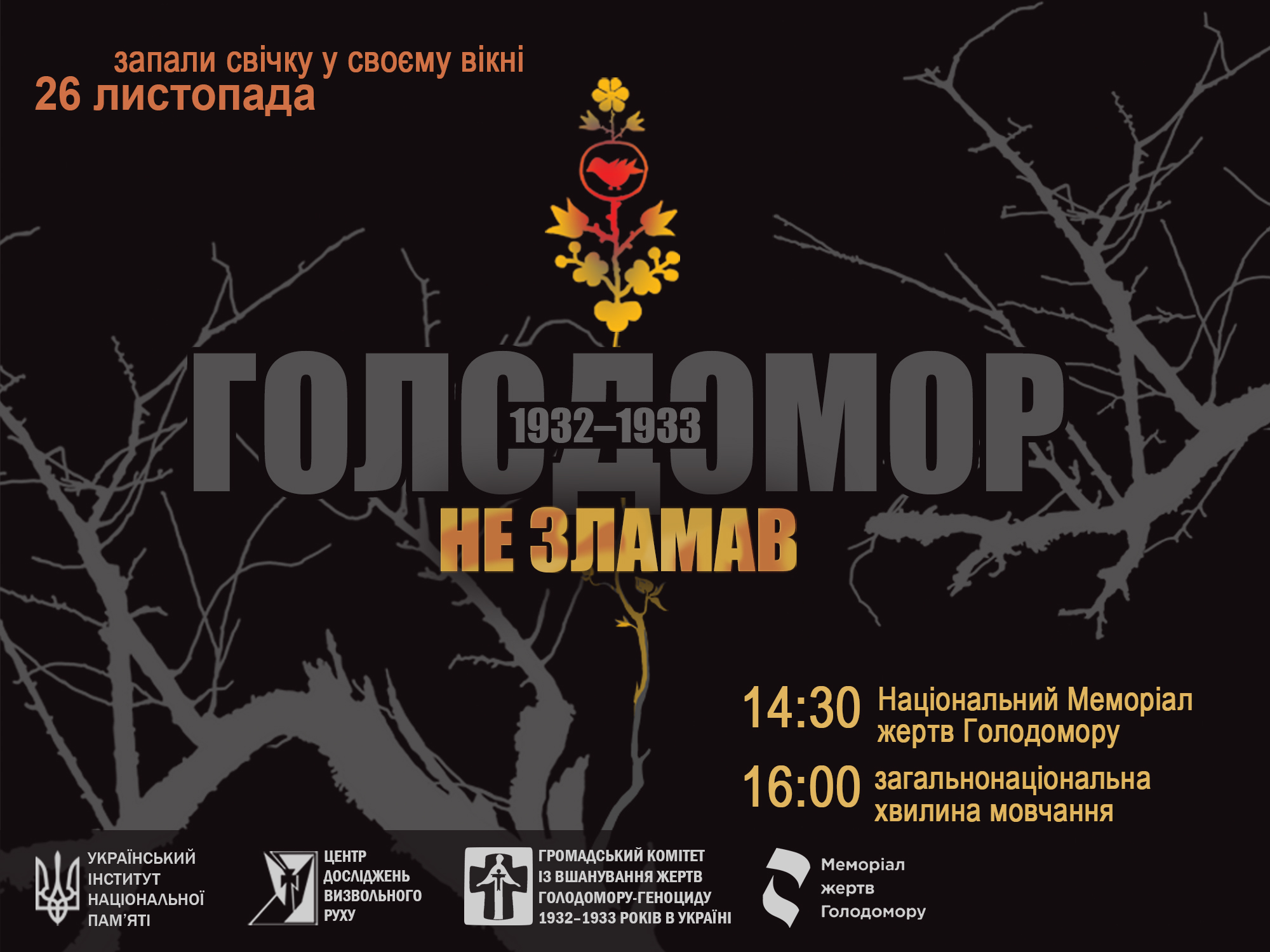 Day of Remembrance of the Holodomor Victims – 26 November 2016

Day of Remembrance of the Holodomor Victims – 26 November 2016

On November 26, 2016, on Saturday, on the Day of Remembrance of the Holodomor Victims, top state officials, representatives of all religious confessions, public, media, residents and visitors traditionally will gather at the “Holodomor victims’ Memorial” to honor the memory of millions of Ukrainians, victims of genocide in Ukraine in 1932 – 1933.

Official events will begin at 14.00. At 16:00 will be declared a nationwide minute of silence and start the action “Light a Candle”. Worldwide together with Ukraine will light candles in memory of Holodomor victims.

On this day the doors of Memorial, based on organizational moments, will be open for visitors from 16:00. At the Memorial, on the street, will be shown documentaries about the famine and videos of survivors’ memories of the genocide.

In the museum for the visitors will be presented the films about the Holodomor, memories of witnesses, a documentary exhibition, information blocks, filled with archival documents, photographs of 1932 – 1933 and the art project “163” which is about the extent of human losses of the genocide in Ukraine. The famous bandura player Taras Kompanichenko will perform commemoration psalms, ethnographic choir “Homin” – sacred music. In carrying folk group “Barvinok” will sing in style of lamentation that is part of traditional folk culture and which were nearly lost after the Holodomor.

We live in conditions where there is still the existence of threat to the Ukrainian state. Annexation of Crimea and the Russian aggression in eastern Ukraine was preceded the application of state officials of the Russian Federation, which is the successor of the USSR, of the “one nation” Ukrainians and Russians with non-recognition Ukrainian nation and refusing the Holodomor.

The power of memory of the Ukrainian people about the Holodomor is a powerful protector of recurrence of such crime!

Light a candle on November 26 at 16:00 in memory of the millions killed and those who survived the genocide.