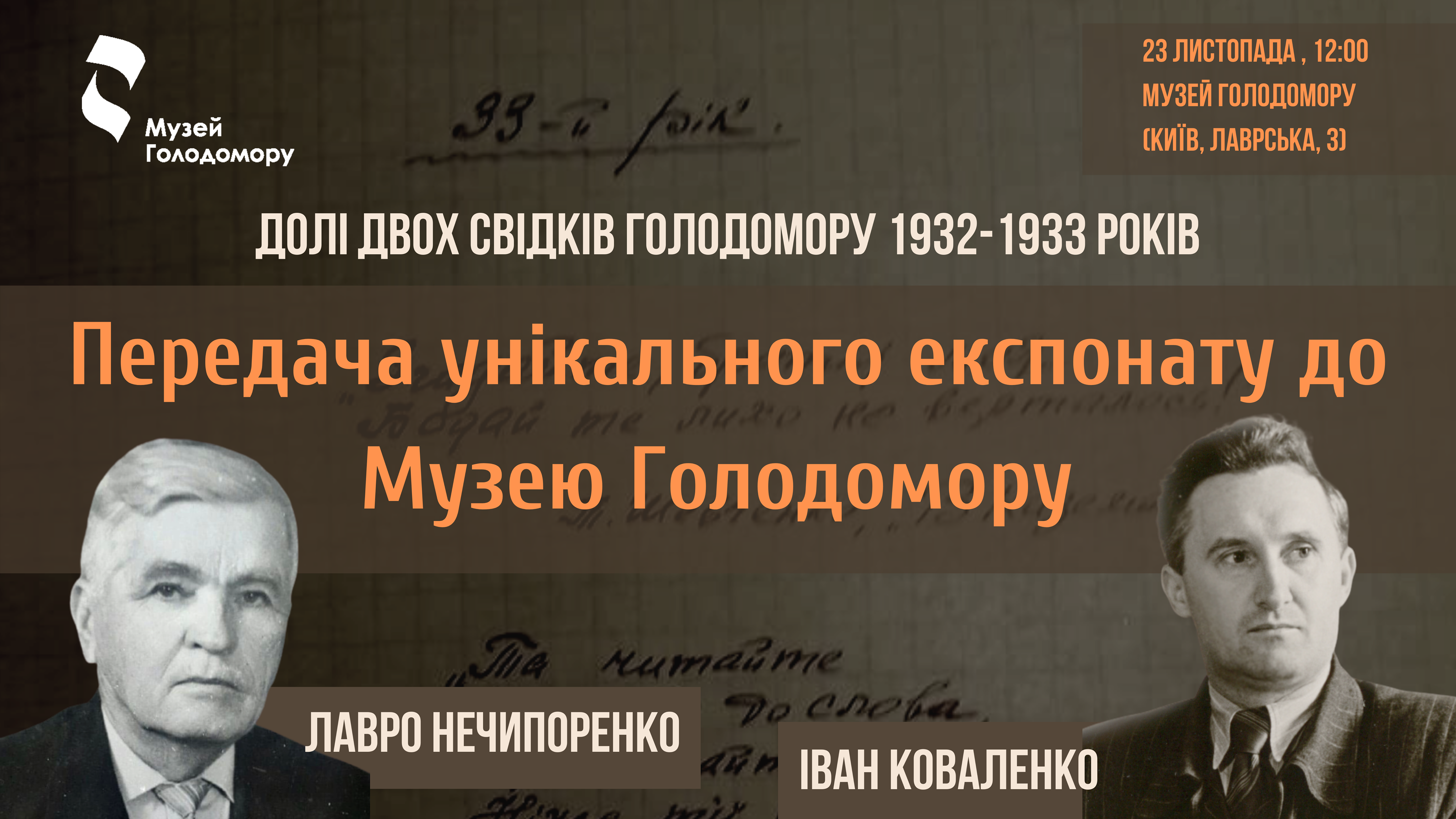 On November 23, 2020 at 12:00 in the National Museum of the Holodomor Genocide (Kyiv, 3 Lavrska Street) a copybook with the memories of Lavrin Nechyporenko, a witness to the Holodomor of 1932–1933, will be transferred to the museum archive.

With this action, the Museum begins a mass collection of testimonies, relics, photos of families who survived the Holodomor of 1932–1933. The notebook will now takey the main place in the exposition of the Holodomor Museum together with other newly discovered exhibits. Later, they will become the basis of the exposition of the second stage of the Museum, which is currently under construction. The opening is scheduled for 2023.

In the 1960s, Lavrin Nechiporenko, a physics teacher from Boyarka in the Kyiv region, wrote his memoirs about the Holodomor genocide in his native Zhytomyr region in a simple school notebook. He called his work “33rd year”. It is obvious that in the Soviet Union he could not publish his memoirs anywhere. Together with a colleague, a teacher from a nearby school Ivan Kovalenko, they decided to publish a diary in samizdat. This case was risky, as it threatened publishers with repressions and Soviet concentration camps. For some time Ivan Kovalenko kept a notebook with his friend’s memories. He had to finish editing it and type it.

In 1961, the KGB began investigating Ivan Kovalenko, and in 1972 he was arrested “for producing and distributing anti-Soviet materials.” Kovalenko spent 5 years in Soviet concentration camps. All manuscripts from Kovalenko’s house were confiscated, and a notebook with Nechyporenko’s memoirs was confiscated. The diary miraculously survived among the confiscated items in the KGB archives.

In 1996, the Security Service of Ukraine returned all the manuscripts to Ivan Kovalenko, and one of them was a notebook with memoirs of Lavrin Nechyporenko. To this day, the diary of a Holodomor witness was kept in Ivan Kovalenko’s family.