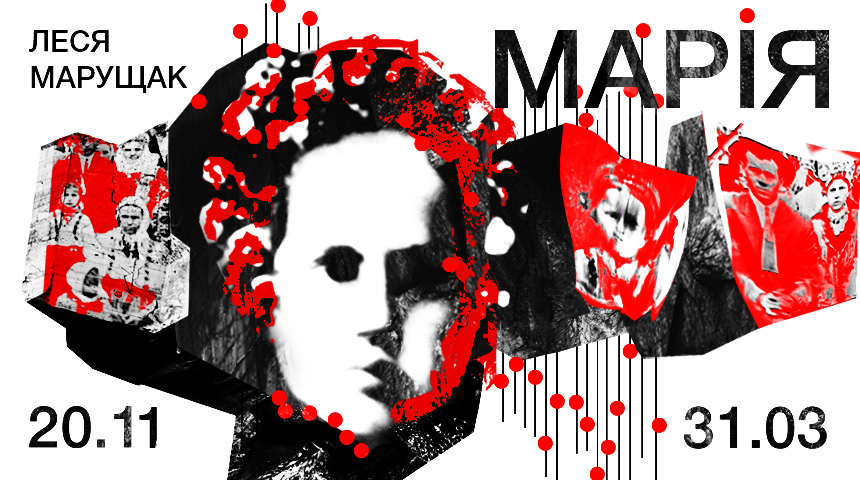 “Maria”: The Most Famous Exhibition about the Holodomor Is in Ukraine for the First Time

Anyone who has not been hungry will not understand that hunger kills memory.

On November 20, 2020, at 12:00, Lesia Marushchak’s exhibition “Maria” will be presented at the Holodomor Museum in Kyiv. This is the world’s most famous exhibition on the Holodomor genocide, which was presented in more than 9 countries and will be shown in Ukraine for the first time.

The exhibition will be exhibited from November 20, 2020 to March 31, 1920 with the support of the World Congress of Ukrainians.

Olesia Stasiuk, Director General of the National Museum of the Holodomor Genocide;

Larysa Galadza, Ambassador Extraordinary and Plenipotentiary of Canada to Ukraine;

Invited to the event:

The author Lesya Marushchak will take part in the presentation via video.

THE MARIA EXHIBITION is a mobile memorial space that perpetuates the memory of the victims of the Holodomor of 1932–1933 and contributes to the dialogue on social justice and human rights. The center of the exhibition is the image of the girl Maria, who, contrary to the decision of dictator Stalin, survived, unlike millions of victims of the Soviet genocide in Ukraine.

The author’s works convey an emotional and rational response to the crime. Lesia Marushchak formed her own vision of the Holodomor based on the historical memory of Ukrainians in Canada about the genocide.

In September 2020, The Guardian published a photo of the project “Maria” in an article about the best pictures from the Landskrona festival. The book “Maria” based on the exhibition was shortlisted for the Book Prize at the Rencontres d’Arles in France (2019) and won the award for best design at the International Book Arsenal Festival in Kyiv (2019).

LESIA MARUSCHAK is an artist whose work is based on historical research of memory and identity and awakens deep emotional feelings with the help of sensuality and visuality. Institutions that have her works include the Metropolitan Museum of Art, the European House of Photography in Paris, the Boston Athenaeum, Stanford University, Columbia University and the Library of Congress.

Yana Hrynko, curator of the exhibition, says, “It is amazing how Lesia Marushchak’s works attract attention. The artistic techniques used by the author turned photographs of the Holodomor into art objects. The story of the girl Maria has become a space for reflection on the scale and depth of the damage caused by the totalitarian communist regime.”

You can be accredited for the presentation of the exhibition project by following the link.

The Holodomor Museum is the only museum in the world that tells about the genocide of Ukrainians. We teach to resist hatred and human rights violations, we warn society against the recurrence of the crime of genocide by accumulating and disseminating knowledge about the Holodomor.

Ukrainian World Congress is an international coordination superstructure of Ukrainian communities in the diaspora, uniting more than 20 million Ukrainians from more than 60 countries.

To get more information about our projects and to support them informationally, please contact us by e-mail [email protected] or by calling +380674397507 (Olha Syrotiuk, museum communications manager).