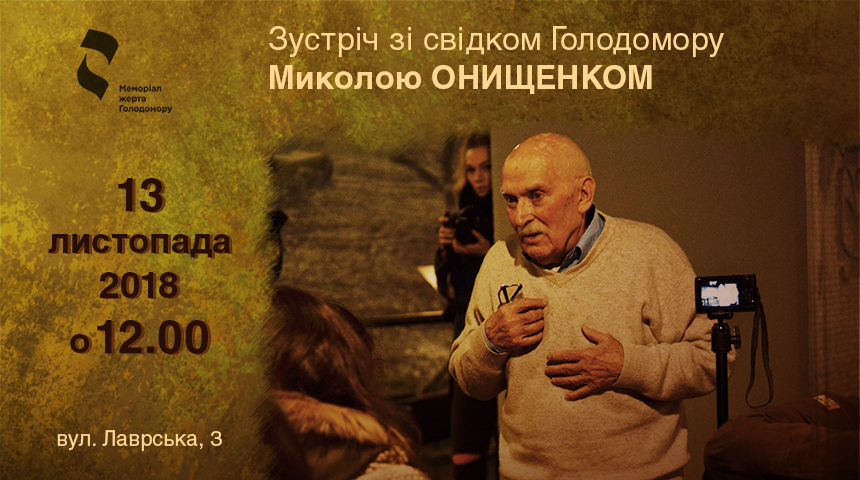 Within the framework of the project “Oral History of Holodomor”, the National Museum “Holodomor Victims Memorial” continues the series of meetings with people who witnessed the genocide of the Ukrainian nation.

On November 13, 2018, we invite all those who are interested in this topic to the Museum’s Hall of Memory to meet with Mykola Onyschenko to hear the memories of a man who survived the 1932-1933 genocide and saw the death of his fellow villagers from starvation, organized by the Soviet authorities.

Mykola Onyshchenko survived Holodomor in the village of Roza, on the outskirts of Berdiansk. The terrible years of Holodomor were only the beginning, because the life of Mykola Onischenko is worth to be filmed. There were the Second World War, the concentration camps… But, in spite of all the horrors he experienced, he got two university degrees, than the scientific degree. The most important is the fact that even the evacuation from the occupied Luhansk in 2014 did not take away his hunger for life and the desire to make the world better.

During a meeting in the museum you will be able to learn more about the life of this outstanding person, to ask him the questions and to make a personal analysis of the crime of Holodomor of 1932-33.