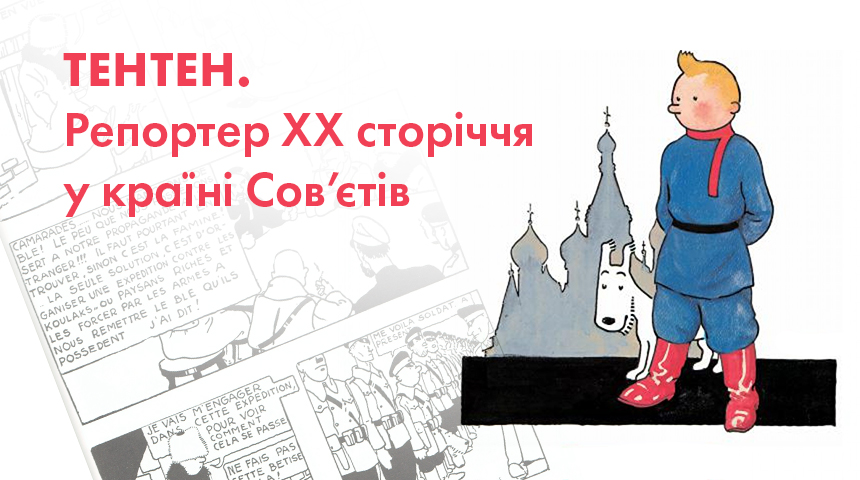 On October 23, the Holodomor Museum together with PNZL Publishing House presented the Belgium comic book Tintin. Twentieth Century Reporter in the Country of Soviets to Ukrainian audience.

The first European comic book hero travels around the world, risks his life while conquering Tibet, returns the scepter to King Ottoquar, frees Professor Turnesol from the Inca tribe. He begins his journey from the USSR! The 24-book series began with an album about the Soviet Union and its totalitarian regime, including the famine and collectivization. A cult character of Belgian and European culture witnessed the famine of 1921–23 in Ukraine. That is why it is so important that this young man’s adventures be known to the Ukrainian reader.

As part of the presentation of the edition, the Holodomor Museum will host a series of lectures devoted to the cult edition.

Entrance is free upon pre-registration: https://forms.gle/fsforLPP6KxhuUfH9