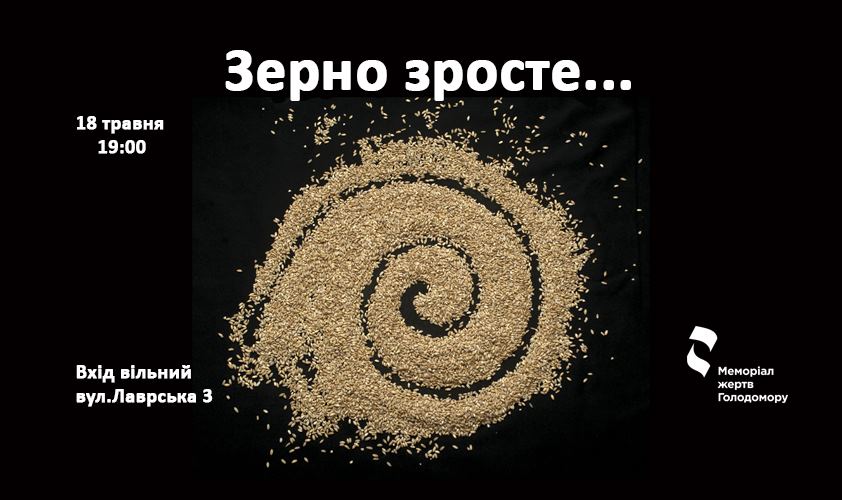 “For thousands of years we sow.  We grow bread on our native field. We throw golden grain in black soil. We honor our custom since our grandfather’s and great-grandfather’s times, transfer experience to our children and grandchildren. For thousands of years we sow our fate. From one year to another year, from one age to another age.  We sow what we  eventually want to collect. We sow goodness– it grows in good deeds, in help to fellow beings, in support. We sow love – it will grow and will be spilled all over the world as a loud song, as a sunny morning, as a starry night, as a rain and as a breeze. Each person will collect his or her own harvest on their field, because our ancestors taught us: that the grain–is a crop. You will collect only what you’ve sowed by yourself … Their bad seed turned mandarin garden and grape land into hell… wine has turned into blood. And the mountains became a dead land, where proud people are no longer owners. Now they are on our field, these neighbors – they sowed everything with bullets and bones – golden grain doesn’t grow here anymore. Their seeds get inside the mouth, and pour further – in the ears, in the eyes and in the soul …”

In 1930, the first Ukrainian sound film “Enthusiasm (Symphony of Donbass)” got on the big screen, filmed by the master of world cinematography, Dzyga Vertov. Except for the delicate operator’s and director’s work, the film was telling about  the successes and achievements of the first USSR five-year plan, was glorifying collectivization and industrialization, which were promoted by the government and supported by the part of population,  who were misled. But despite everything, it is hard to watch it because we all know how contradictory were movie stills, into what turned the ideology, which was almost perfectly written on paper. Thus, even today there are people in Ukraine who still support the Soviet policy and do not understand causes of Holodomor. We, as a museum, confront them every day; they are the basis of the aggressor on the occupied territories of Donetsk and Lugansk regions.

Therefore, on May 18, 2017, to the International Museum Day and to the Day of memory of victims of political repressions, with the assistance of Alexander Dovzhenko National Center, we will provide for your attention the mentioned film “Enthusiasm (Symphony of Donbass)” (beginning at 19.00); and our friends, ethno-workshop “Kolo” from Vinnitsa, through their artistic sketch-performance “THE GRAIN IS GROWING …” at 20.30 will make you think about immensity of  national catastrophe that suffered Ukrainian people in the XX century – Holodomor; about that despite everything our nation formed, and those who survived the genocide gave birth to their children and grandchildren, who made three “Revolutions”, who proclaimed an independent Ukrainian state, and  who are trying to build it.

Creation and all activities of Holodomor Victims’ Memorial is an attempt to talk about the story which was concealed over half a century, which was wiped and edited, which is define and controversial at the same time as the whole history of humanity in the XX century.