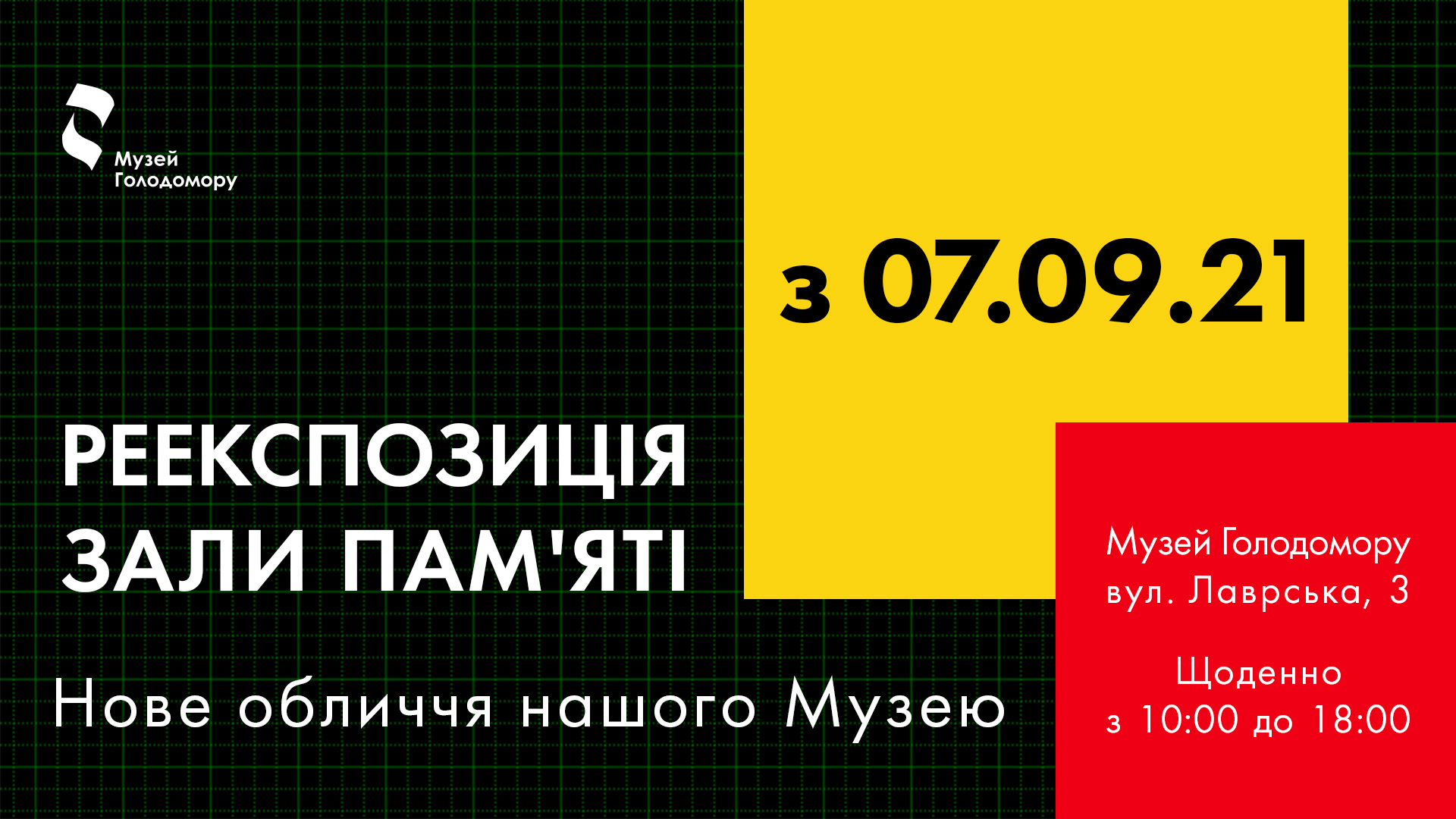 The renovated Hall of Memory opens its doors to visitors

The exhibits donated to our museum by Ukrainian families will tell the history of the Holodomor and the personalities behind these artifacts. In addition, for the first time, newly discovered historical sources – letters from a foreign engineer from Ukraine in 1932-1933, who witnessed the extermination of the Ukrainian nation in the Donbas – will be displayed. On interactive multifunction screens, historical research on the uprising, blackboards, and mass graves will now be displayed.

With the help of modern multimedia technologies – 3D mapping on the museum’s walls – a unique emotional background for the renovated hall was created. In the animated video, Oksanka tells the story of a family, which is a collective image of millions of Ukrainian families who became genocide victims in the early twentieth century. The character narrates the chronology of the Holodomor, explaining its stages and mechanism. She appeals to the audience to realize the committed crime, that Ukrainians survived, to prevent this from happening again.

From now on, everyone will be able to visit the tour or listen to an audio guide in 34 languages, use tactile models, watch a documentary.

The Hall of Memory displays the results of scientifically applied research and exploratory work that shows through the museum means the Ukrainian people’s resistance to the genocide; repressive mechanism of the communist totalitarian regime, in particular blacklisting of villages and entire districts of Ukraine, places of mass graves of the Holodomor victims in the form of interactive maps, etc.

The Holodomor Museum is the only museum in the world that tells about the genocide against Ukrainians. We spread in Ukraine and around the world accurate information about the crime of genocide against the Ukrainian nation, the dangers of totalitarian regimes, violations of human and civil rights. We discuss the importance of preserving the collective memory and help ​to build a social, legal democratic state and civil society.