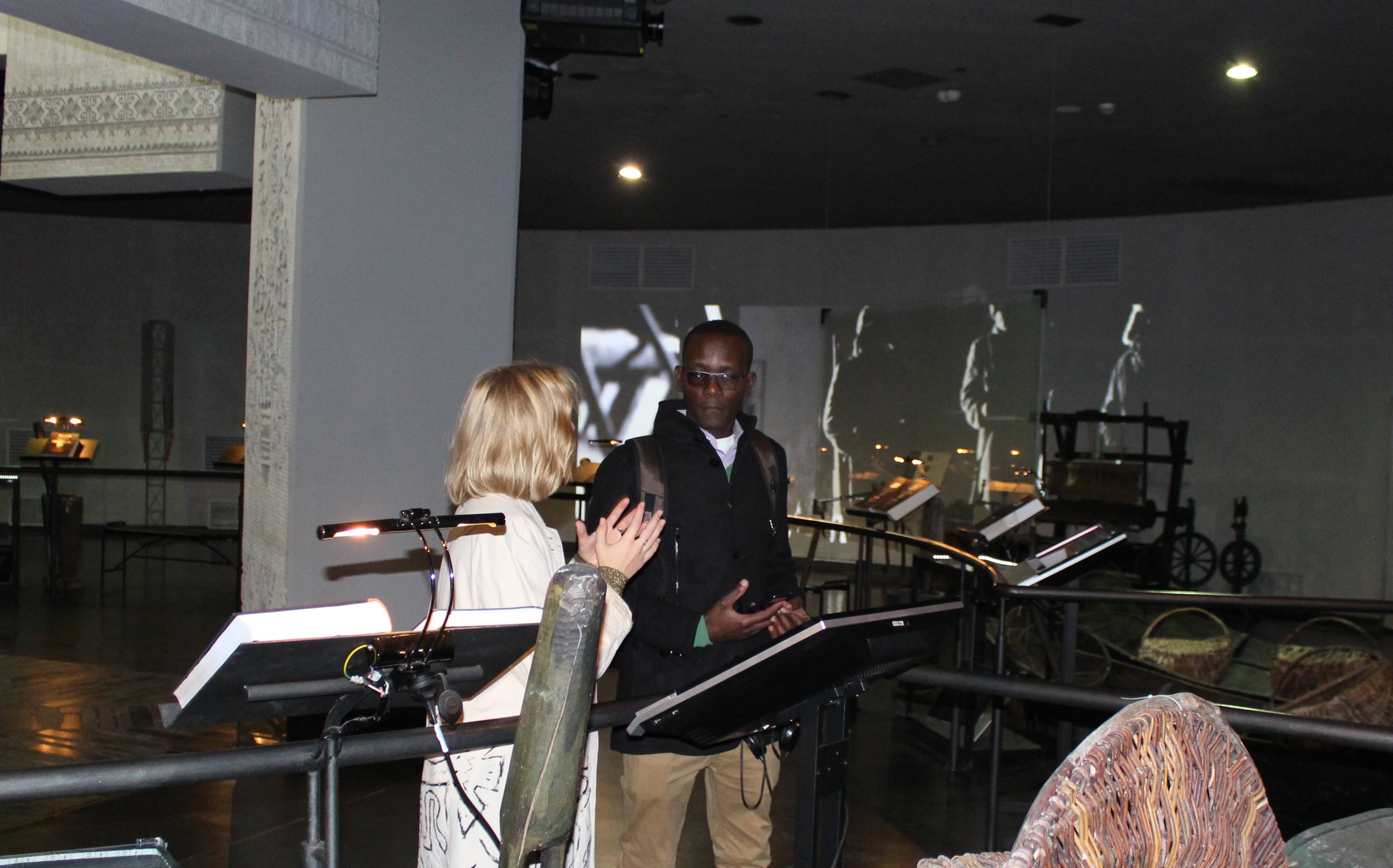 On October 10, a journalist for one of Kenya’s most popular newspaper The Star, Aliud Kibii, visited the Holodomor Museum.

After listening to the tour, Mr.Kibii was impressed and said that as many people in the world as possible should learn about the Holodomor genocide.

A Kenyan journalist writes a series of reports on the history and culture of Ukraine. The story of the Holodomor-Genocide is of great interest to the Kenyan journalist since it covers the topic of violence by removing all food and destroying national identity. Aliud Kibii expressed the opinion that the threat of loss of identity is still relevant to many national, ethnic, and religious groups. The journalist also said that understanding and studying the crime of the Holodomor-genocide contributes to reducing violence and discrimination in the world today.