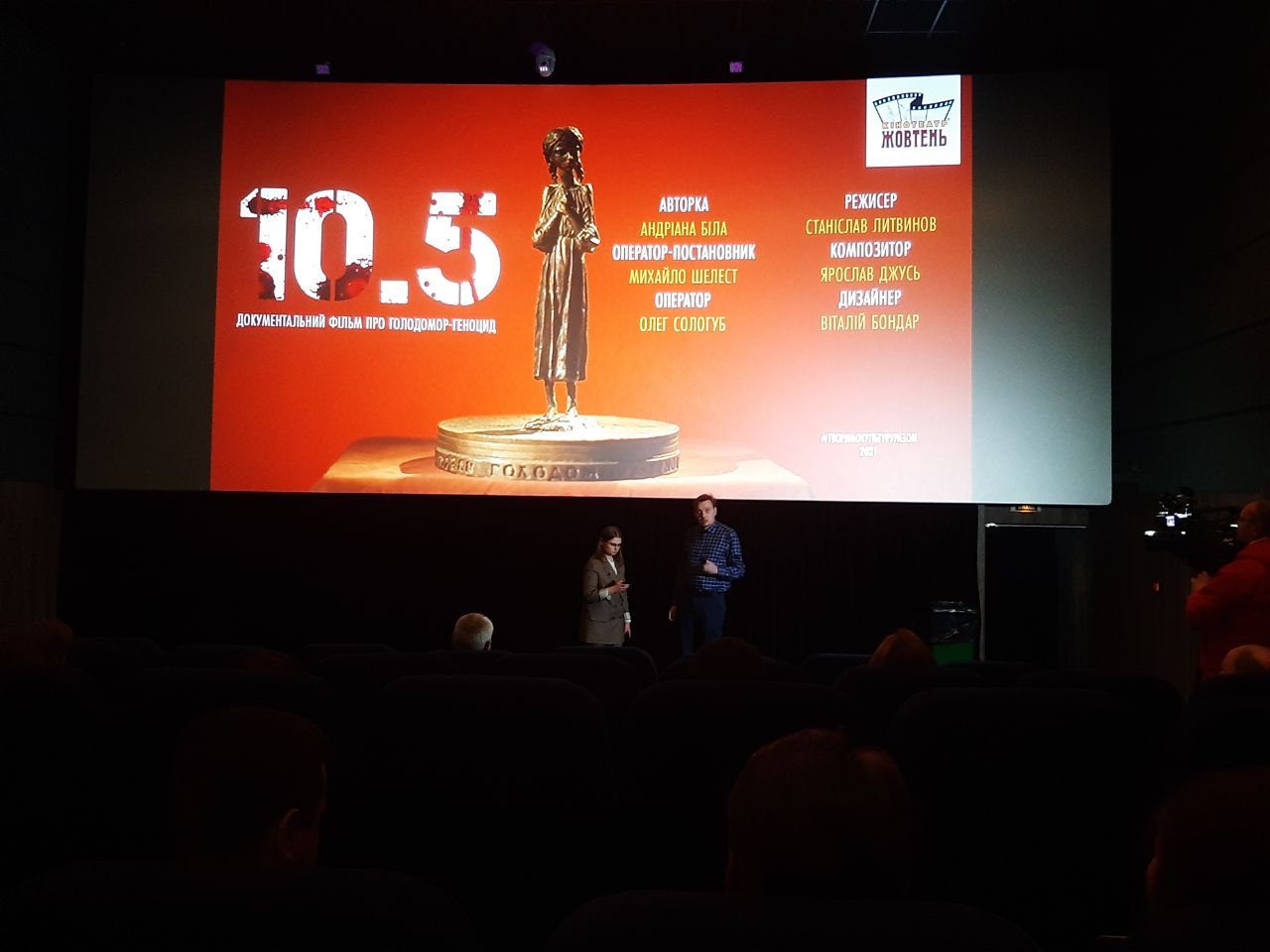 A new documentary about the Holodomor was presented in Kyiv

The documentary “10.5” reveals new facts and unprecedented scale of genocide committed by the communist totalitarian regime in 1932-1933 against the Ukrainian nation. The aim of this crime was to eliminate the national liberation movement, destroy the Ukrainian nation and prevent the restoration of the Ukrainian state.

In 1932–1933, the communist totalitarian regime killed 10,500,000 Ukrainians, including 4 million Ukrainian children. This amount was established by the forensic expertise of the Holodomor genocide.

The author of the film is Andriana Bila, the director is Stanislav Litvinov, the cinematographers are Mykhailo Shelest, Oleh Sologub, the music was composed by a famous Ukrainian composer, bandura player Yaroslav Dzhus. The Holodomor eyewitnesses from different parts of Ukraine, as well as the leading subject matter experts -historians, psychiatrists, linguists, took part in the filming of “10.5”.

After the screening, the film authors announced the screenings at the Embassies and Consulates of Ukraine and the creation of an English-language version of the film to reach a wider audience throughout the world. Vasyl Marochko, Doctor of Historical Sciences, Chief Research Fellow of the Institute of History of Ukraine of the National Academy of Sciences of Ukraine, spoke on behalf of the experts who participated in the scientific consultations. Yaroslav Dzhus, a composer, focused on the special emotional component of the film. At the initiative of Metropolitan Oleksandr (Drabinka), all those present at the premiere observed a minute of silence in commemoration of the Holodomor victims.