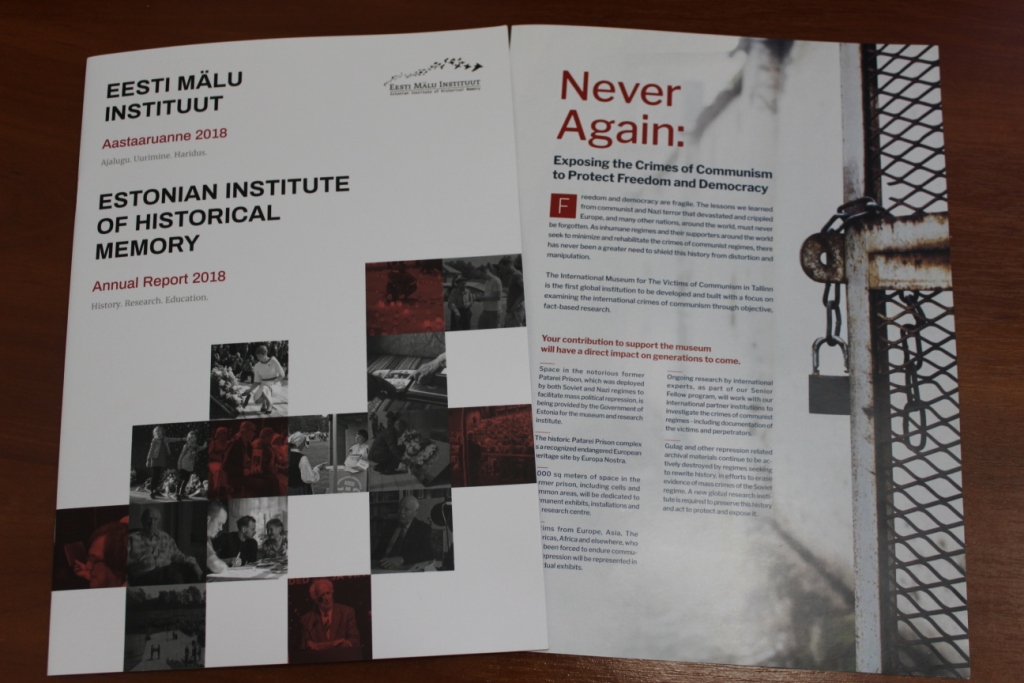 A Visit of Our Colleagues from Estonia

On April 25, 2019, Estonian guests attended the National Museum “Holodomor Victims Memorial.” Member of the Board of the Estonian Institute of Historical Memory Meelis Maripuu got acquainted with the museum exposition, watched a documentary about the Holodomor, and was shown the project of the construction of the second part of the museum.

After the tour, the directions of future cooperation were discussed. In particular, in spring of 2020, in the International Memorial Museum of Communist Victims (Tallinn, Estonia), the banner exhibitions “Stolen Childhood: Children in the Years of the Holodomor of 1932-1933” and “We were Killed because We Are Ukrainians,” created by our museum, will be exhibited.

The International Memorial Museum for the Remembrance of the Victims of Communism in the Battery Marine Fortress-Prison will be the first in the world museum complex devoted to the crimes of the communist regime.

Estonian historians and museologists will also take part in the International Scientific and Practical Conference “The Problem of Existential Choice during the Holodomor-Genocide” (Kyiv, November 12, 2019), organized by the National Museum ” Holodomor Victims Memorial.”