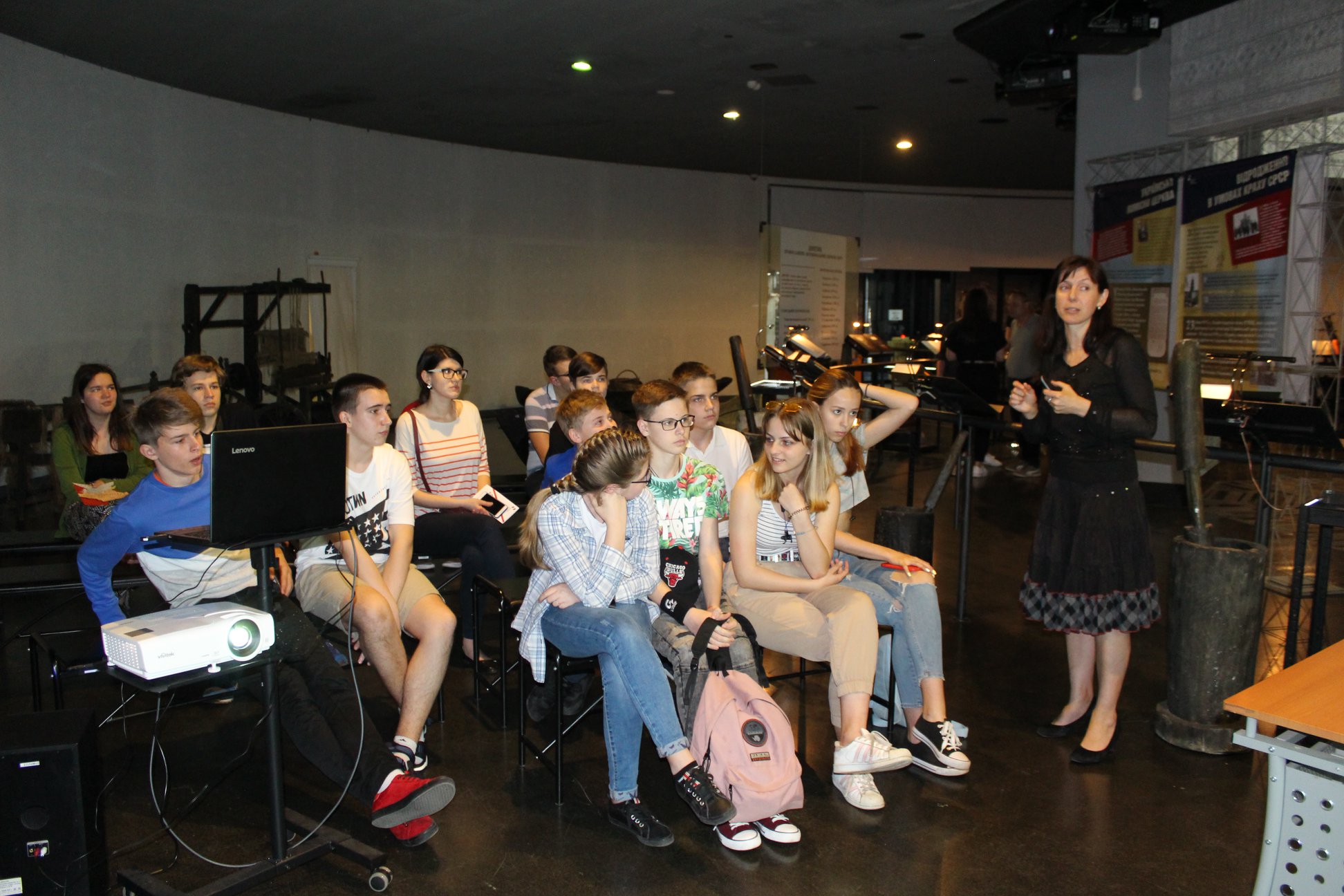 A Workshop "Time Travel: Childhood" Was Held in the Museum

On May 18, the “Time Travel: Childhood” workshop took place in the National Museum “Holodomor Victims Memorial.” Ethnologist Iryna Batyrieva, together with eight-graders, watched and analyzed Soviet, Ukrainian, Russian cartoons and animated films of satirical and propagandist nature. The journey into childhood began with the animated film “Big Troubles” (1961), depicting the realities of the Soviet everyday life of the late 1960–1980’s. 8-graders analyzed the main markers of everyday life of their relatives and parents who were children precisely during that period.

Workshop participants also worked with another Soviet animation products for children. Children characterized and compared the images of heroes of cartoons “Prostokvashino,” “Well, Just You Wait!”, “One pea, two peas,” “Bobyk visiting Barbos” and others. They worked with thematic agitation cartoons about the benefits of studying and sports. While analyzing Soviet cartoons, children learned how to find and see dangerous propaganda markers. It appeared that there is propaganda in contemporary Russian cartoons such as “Three Heroes” series, where the image of Ukraine and its own history are discredited. Through Russian cartoons, a new generation of Ukrainians are attracted to a common cultural space with Russia (the very “Russian world”), and loyalty to the Russian Federation is formed. Other cartoons such as “Smeshariki,” “Masha and the Bear,” “Masha’s Fairy Tales” are not so innocent and safe. Students, having viewed the animation movie “Porridge from Ax” from the Masha’s Fairy Tales” series, compared its plot, morale and some visual means with folk tales and concluded that mixing fairy tales and distorting folk moral standards was dangerous for a child.

Nevertheless, the most dangerous are animated cartoons, such as the animation of O. Balashov “Once Our Life Has Changed.” It is an absolute fake and Russian propaganda. The Russians from childhood are taught to be hostile to Ukrainians and our state. And the 117-million audience of the federal channel “Russia-1” is introduced to the idea of ​​a war…

How can we answer? How to get our fairy tales back? How to restore historical truth? The alternative offered by Ukraine is animation which is developing very actively now. The children themselves named Ukrainian cartoons that are popular. They discussed the benefits of cartoons filmed by the Animagrad studio with the support of Derzhkino of Ukraine: “Mykyta Kozhumiaka,” “The Stolen Princess,” “Eskimozka,” “Mavka. The Forest Song,” “Mom is Hurrying Home.”

“Watch Ukrainian – protect the state!” – this was the main message of the workshop.