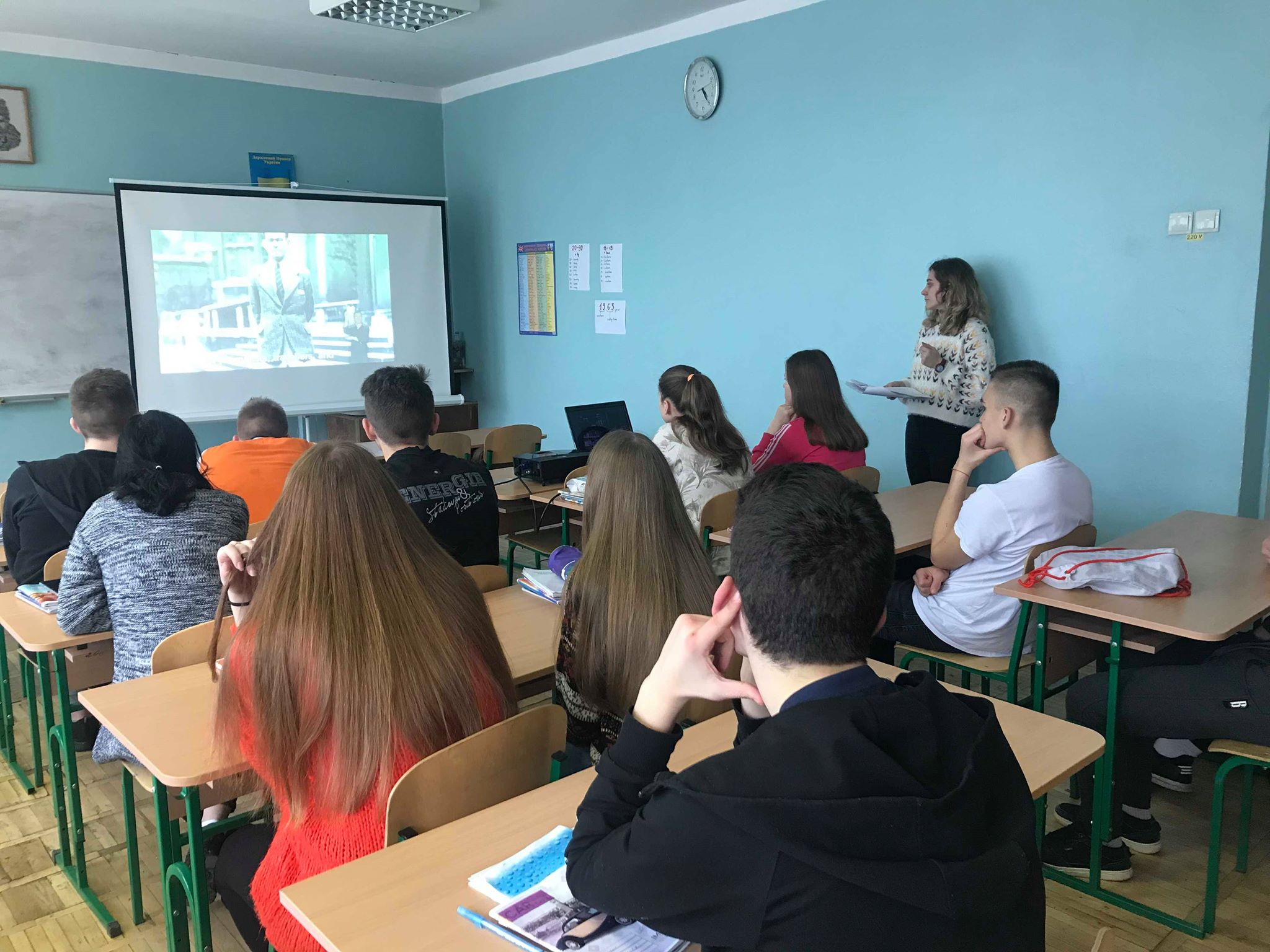 An interactive lesson for the Olympic College students

On March 5, 2019, a member of National Museum “Holodomor victims” Memorial”, Yana Horodniak, conducted an interactive lesson “How to distinguish between truth and fake media” for students of the Ivan Piddubnyi  Olympic College. In the future, it is planned to conduct a series of lessons for future athletes.

The purpose of this lesson is to form a responsible public attitude towards the disclosure of information about injustice and gross violation of human rights. The form of lesson is interactive and consists of two exercises and a movie preview. Students work with primary historical documents and media texts while performing their tasks.

During the lesson, students are offered to review the educational film “The Territory of Holodomor: the memory is immortal” with further discussion. The film focuses on the issue of media responsibility in covering and concealing human rights violations. The history of Holodomor, as a lesson in history, tells us how the murder of 7 million Ukrainians was unnoticed in the world in the 1930s, and in the next 50 years, as a result of official denials and journalistic lie.

Holodomor Victims’ Memorial invites students and pupils to participate in educational projects of the museum.