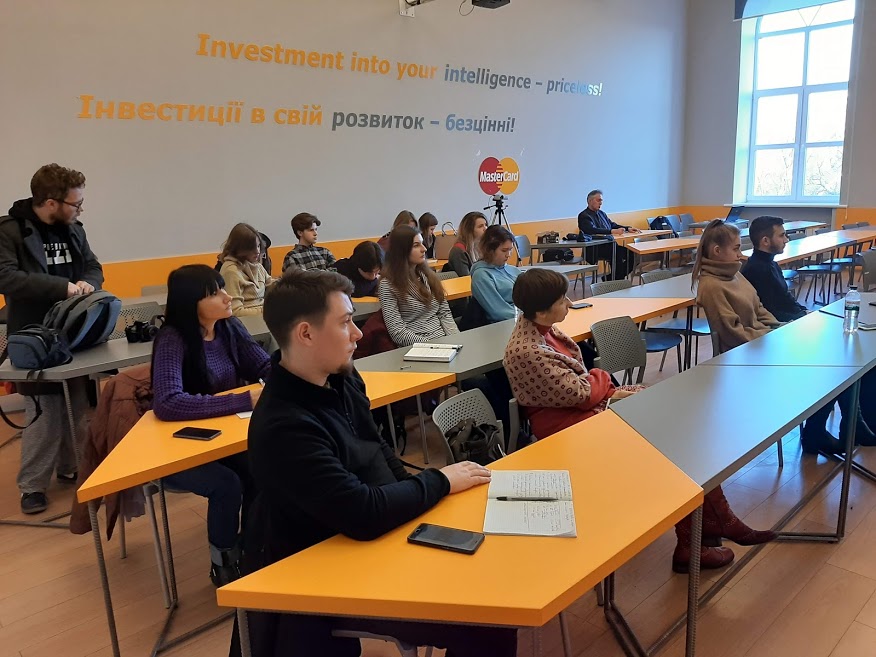 Andrii Kozytskyi on the Holodomor in the Context of Genocides and Famine as a Tool for Political Influence in the Twentieth Century.

Lectures at the All-Ukrainian Historical Winter School “The Holodomor: to Know in order to Live” are ongoing.

On December 5, 2019, visitors had a chance to get acquainted with the research of Andrii Kozytskyi – Candidate of Historical Sciences, Associate Professor of the Department of Modern and Recent History of Foreign Countries of Ivan Franko National University of Lviv, author of the first Ukrainian textbook on genocide of humanity.

At the first lecture, “The Holodomor in the Context of the Twentieth Century Genocides: The Universality and Uniqueness of Mass Extermination of Ukrainians by Famine”, the researcher spoke about the genocides recognized in the world, as well as the facts of mass murder cases that claim international recognition as genocide.

Andrii Kozytskyi analyzed the works of world-renowned genocide researchers who identified the compulsory circumstances, signs of all genocides:

The lecturer focused on the unique features of the Holodomor genocide of Ukrainian nation:

At the second lecture, “The Cheapest Weapon: Hunger as a Tool for Political Influence in the Twentieth Century”, Andrii Kozytskyi said that the first facts of the destruction of a group of people through food access denial were recorded in primitive societies.

Also, the use of hunger is recorded in ancient written sources, in particular, in the Bible.

One of the greatest cases of influence on society through famine was the blockade of Germany during World War I, which killed 763,000 inhabitants of the German Empire. In the twentieth century, mass starvation was widespread in concentration camps, in particular in the Soviet and Nazi ones.

Andrii Kozytskyi analyzed the mechanism of mass man-made famine in Ukraine in 1921–1923, used by the Bolsheviks to suppress the mass rebel movement. “The famine of 1921–1923 can be called a rehearsal for the Holodomor-Genocide,” the lecturer emphasized. Andrii Kozytskyi also spoke aboutthe purchase of a batch of Rolls-Royce’s most expensive cars from Europe at the time when millions of Ukrainians were dying in Bolshevik-controlled territory.