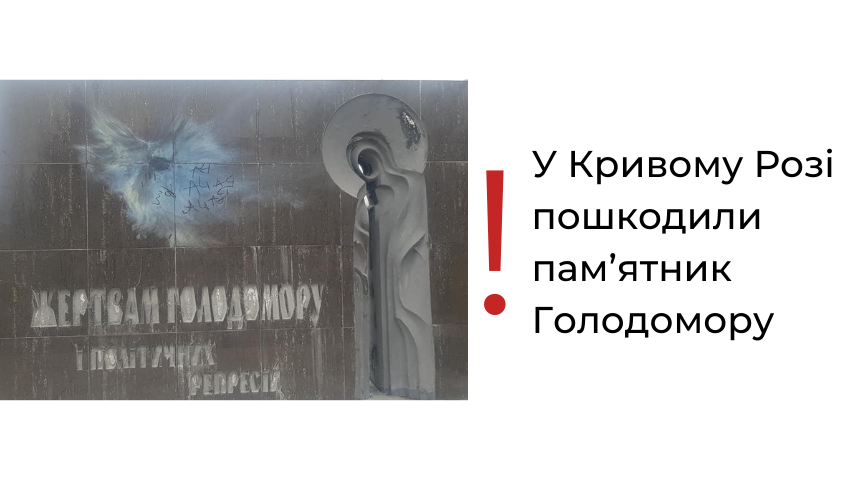 A monument to the Holodomor was damaged in Kryvyi Rih—unknown people threw an explosive package at the monument. The deputy of the Kryvyi Rih city council Oleh Podkopaev reported about it on the page on Facebook.

“Behind me is a monument to the victims of the Holodomor (Lermontov Street), and on the monument are obvious traces of an explosive device. /…/ That is, someone took an explosive package, set it on fire and threw it onto the monument,” the deputy wrote on his Facebook page.

The National Museum of the Holodomor Genocide condemns any manifestations of disrespect for national places of remembrance and mass graves, public statements that contradict the Law of Ukraine “On the Holodomor of 1932–1933 in Ukraine” and degrade human dignity.

We would like to emphasize that such manifestations of disrespect for the commemoration of the victims of the Holodomor genocide are systemic and are becoming more widespread.