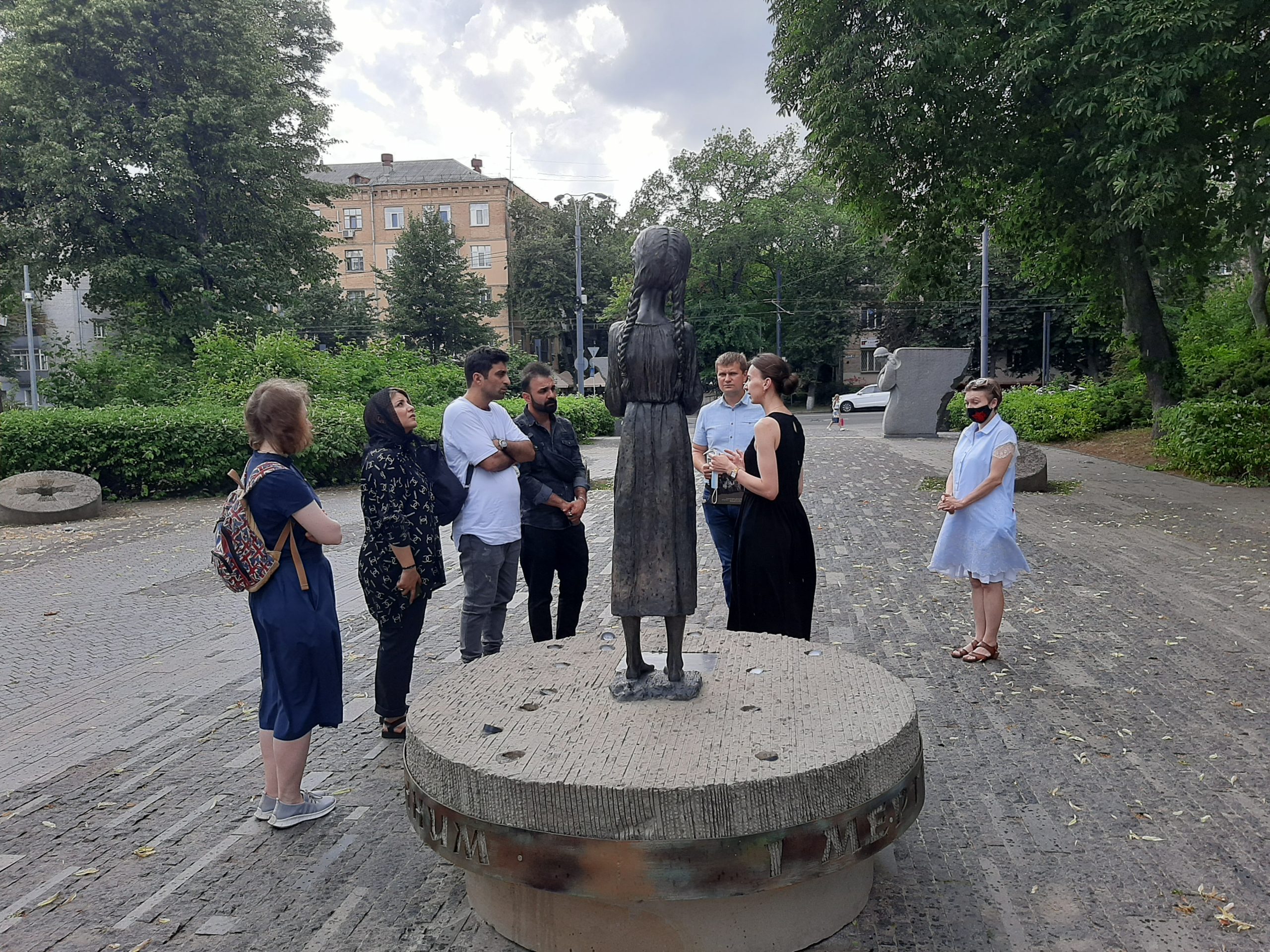 Authors of Iranian performance about the Holodomor visited the Museum

On July 5, Ali Safari, director of the Segane Theater Company in Tehran, Iran, Raha Hajizeinal, director of the troupe, Ali Hemmati, translator, and Kseniia Reutova, director of the literature and dramatic part of the Kyiv Academic Theater in Pechersk, visited our museum. The first deputy director general of the museum Andrii Zagorulko, the head of the historical research department of the Holodomor Research Institute Inna Shugalyova and the deputy head of the excursion and educational department Olha Vyhodovanets met the guests.

Ali Safari wrote the plot for the play “The Holodomor”, which premiered on March 12, 2021 at the Neauphle-le-Chateau Theater in Tehran. It became the final part of a theatrical trilogy about the crimes of the twentieth century, the first part of which was called “Women’s Auschwitz”, the second — “Berlin 10:10”. The play provoked a lively discussion among art circles, and was later reviewed by the Ambassador of Ukraine to Iran S. Burdyliak.

Now the troupe is planning to show this play at the Kyiv Academic Theater in Pechersk, and in order to improve and adapt it for Ukrainian audiences, the authors asked to the Holodomor Museum for help.