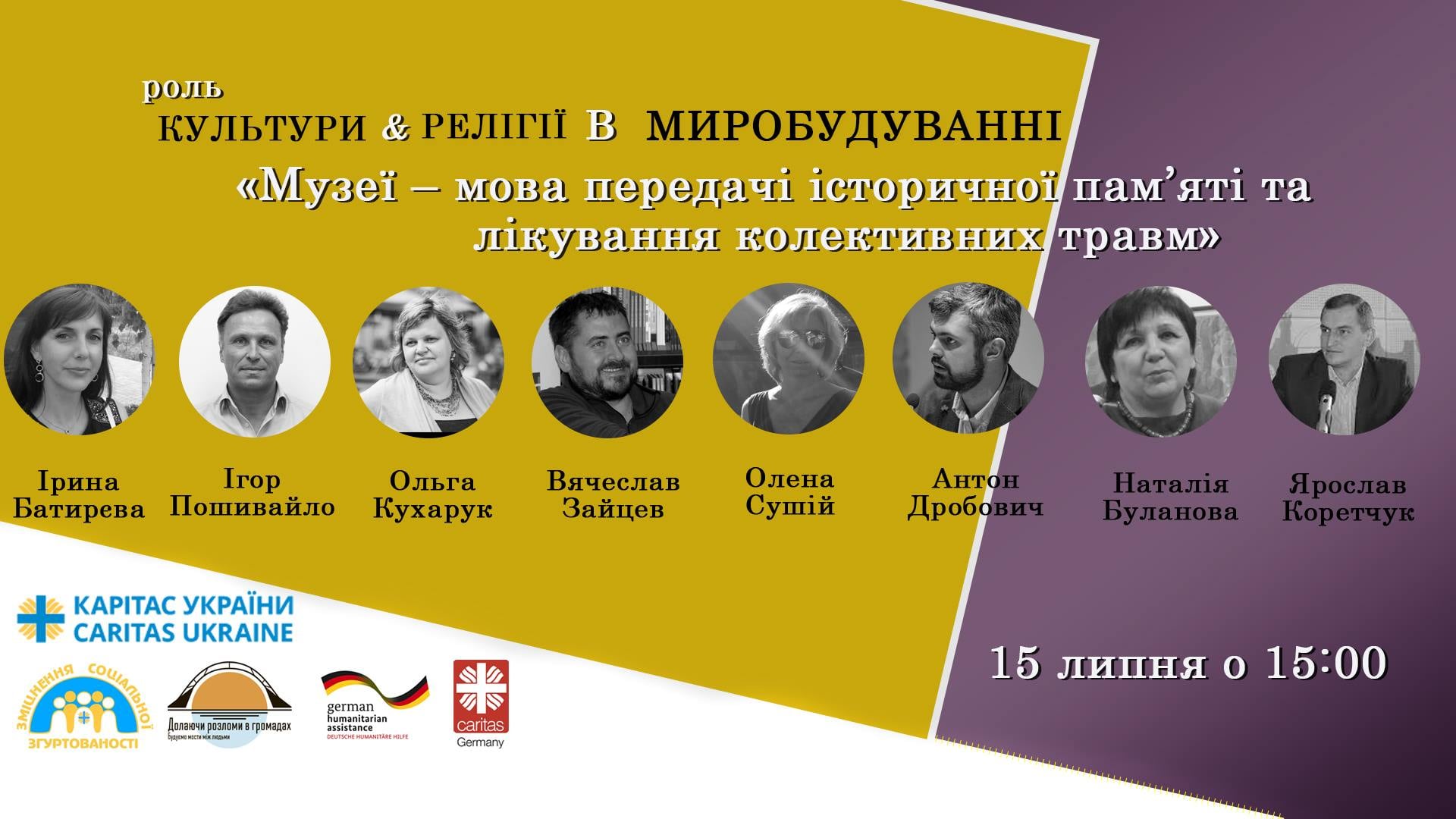 Conference “The Role of Culture and Religion in Peacebuilding”

On July 15, the conference “The Role of Culture and Religion in Peacebuilding” was held, organized by ICF Caritas Ukraine. Several webinars were held as part of the event, including “Museums as the language of historical memory and the treatment of collective trauma.”

The speakers of the webinar were also:

Anton Drobovych — Chairman of the Ukrainian Institute of National Memory;

Ihor Poshyvailo — Director of the National Memorial Complex of Heroes of the Celestial Hundred — Museum of the Revolution of Dignity.

Natalia Bulanova — director of the Museum of History of Kamyanske

Yaroslav Koretchuk — director of the Ivano-Frankivsk Regional Museum of the Liberation Struggle named after S. Bandera.

The full video of the webinar can be viewed at the link.