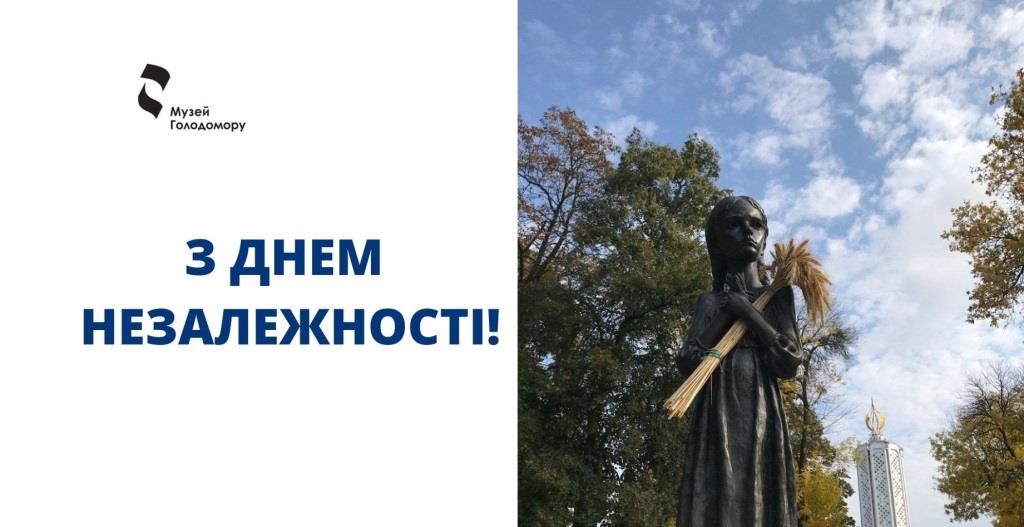 August 24, 1991, became a new stage in the development of our Ukrainian statehood and nation. Generations of Ukrainians could only dream of a sovereign state, shedding blood in the fight against the occupiers, when in 1991 Ukraine finally became an independent state.

There would be no famine if Ukrainians in 1917–1920 were able to defend their own statehood. The genocide was the result of the Russian-Bolshevik military occupation.

Since 2014, a hybrid war with the same enemy has been going on in Ukraine, and our people continue to defend the sovereignty of the state even in the XXI century. Preserving the memory of the Holodomor is an important issue of national security, which allows us to consolidate the nation and prevent similar crimes and loss of statehood in the future.

“Independence Day is an opportunity for every Ukrainian to remember the history of their country, full of struggle for independence, unity and happy life. Let us appreciate what our ancestors fought for, let us remember all those who died in this struggle, let us build a future in which we ourselves would like to live. Congratulations to every Ukrainian on their holiday, Happy Independence Day!”

We wish every Ukrainian success and prosperity, in spite of the difficulties and troubles. Only by joint efforts for the benefit of Ukraine will we be able to build a strong European state.

team of the Holodomor Museum.