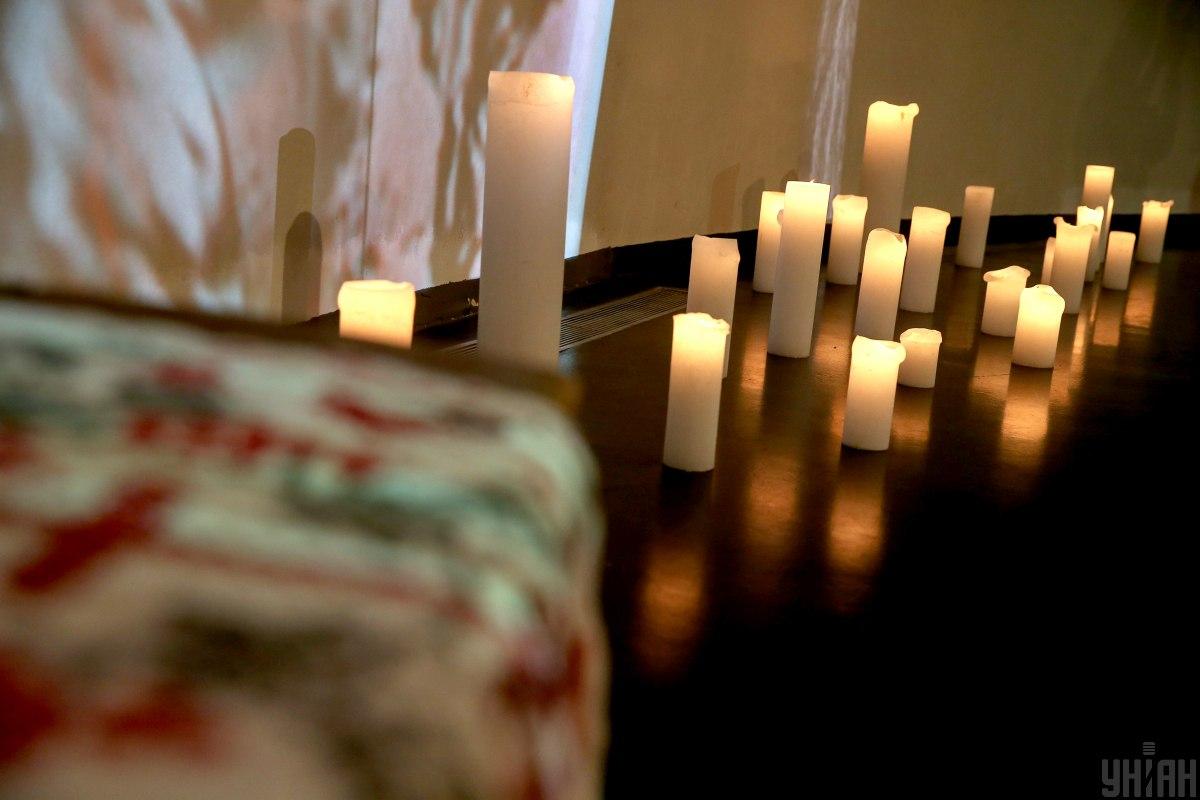 Curatorial Tour at the Holodomor Museum

On December 20, the Holodomor Museum hosted a curatorial tour of Yana Hrynko. The visitors got acquainted with an exhibition of Canadian artist of Ukrainian origin Lesia Marushchak.

Visitors had the opportunity to talk to the curator and learn more about the concept of the exhibition and its author.

The “Maria” exhibition is a mobile memorial space that perpetuates the memory of the victims of the Holodomor of 1932 and 1933 and contributes to the dialogue on social justice and human rights. The center of the exhibition is the image of the girl Maria, who, despite the decision of dictator Stalin, survived, unlike millions of victims of the Soviet genocide in Ukraine.

Yana Hrynko, curator of the exhibition: “It is amazing how Lesia Marushchak’s works attract attention. The artistic techniques used by the author turned photographs of the Holodomor into art objects. The story of the girl Maria has become a space for reflection on the scale and depth of the damage caused by the totalitarian communist regime.”

The author’s works convey an emotional and rational response to the crime. Lesia Marushchak formed her own vision of the Holodomor based on the historical memory of Ukrainians in Canada about the genocide of Ukrainians.

The team of the Holodomor Museum plans to conduct more curatorial tours. To find out about them, follow our site, social networks and subscribe to our newsletter.