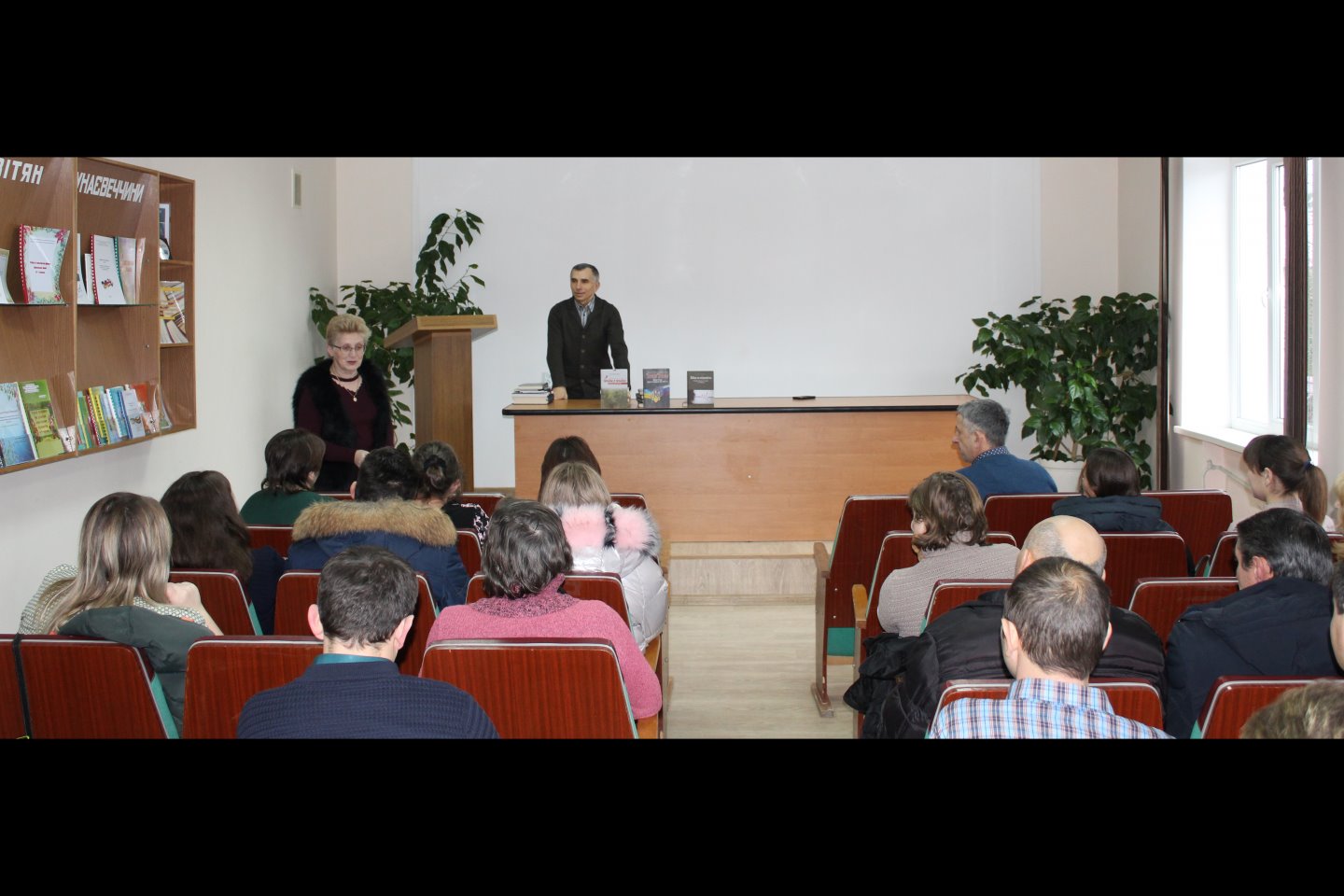 On December 24, 2019, with the support of the Department of Education, Youth and Sport of the Dunaivtsi City Council (Khmelnytskyi Oblast), a meeting of history teachers of the Dunaivtsi City Uniter Territorial Community with Viktor Brekhunenko, Doctor of Historical Sciences, Professor, Director of the Holodomor Research Institute, branch of the National Museum of the Holodomor-Genocide, was held. The the activities of the Holodomor Research Institute, the National Museum of the Holodomor-Genocide and the recent developments were presented.
Viktor Brekhunenko emphasized the historical gravity of the Russian-Ukrainian war, described the birth of the concept of the “Russian world”, the Russian Empire’s policy aimed at assimilation of Ukrainians, and Moscow’s efforts to destroy Ukrainian statehood over the past 350 years.

Victor Brekhunenko also presented his book Ukraine and Ukrainians: A Name as a Field of Battle. The participants discussed topical issues such as the Ukrainian-Russian wars, the role of the history teacher in shaping the national consciousness of students and in covering the topic of the Holodomor-genocide, the role of Ukrainian historical science in combating the distortion of historical events, the role of mass media in shaping the historical memory of Ukraine on the world stage.
On behalf of the National Museum of the Holodomor-Genocide, Professor Viktor Brekhunenko presented a number of historical books to the teachers’ community.

In generall, in 2019, the director of the Holodomor Research Institute held a series of such meetings with more than 600 history teachers in different cities of Ukraine (Dnipro, Vinnytsia, Khmelnytskyi, Kherson, Zaporizhzhia, Kryvyi Rih, Kamianets-Podilskyi, Chemerivtsi, Kamianske). In 2020, the Holodomor Research Institute will continue its work in this direction — dozens of meetings and lectures are planned throughout Ukraine.