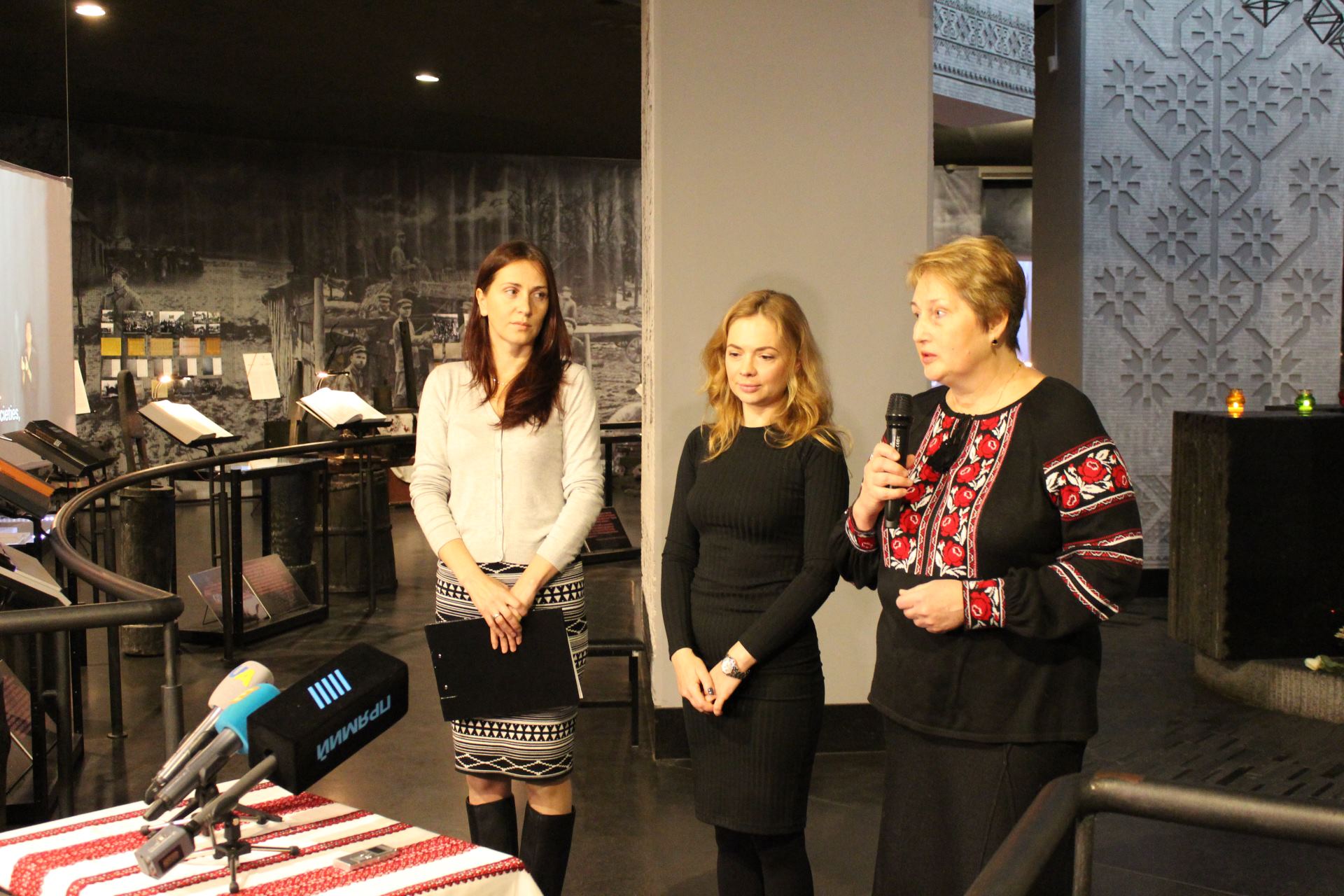 On November 22, 2017, the exhibition «Broken circle» was presented at the National Museum “Holodomor Victims Memorial”, which shows breaks in Ukrainian life in the turbulent 20th century through the changes in calendar.

The exhibition was presented by the Director General of the Memorial Olesia Stasiuk, the curator of the exhibition Hanna Sokyrina and the Deputy Director for the scientific work of the Museum of Books and Printing of Ukraine Liudmyla Haukha.

Looking at the calendars used by Ukrainians during the twentieth century, we can observe how their lives changed. Year after year, the Ukrainian nation was transformed into Soviet, Ukrainian traditional holidays were replaced by alien Soviets.

More than one generation of Ukrainians has grown up on these newly-created holidays, and now they consider them to be their own, without knowing their essence and using them mainly as an additional day off. Our goal is to encourage visitors to reflect on what and how we celebre today. We want to prompt to study our own story and make our own conclusions.