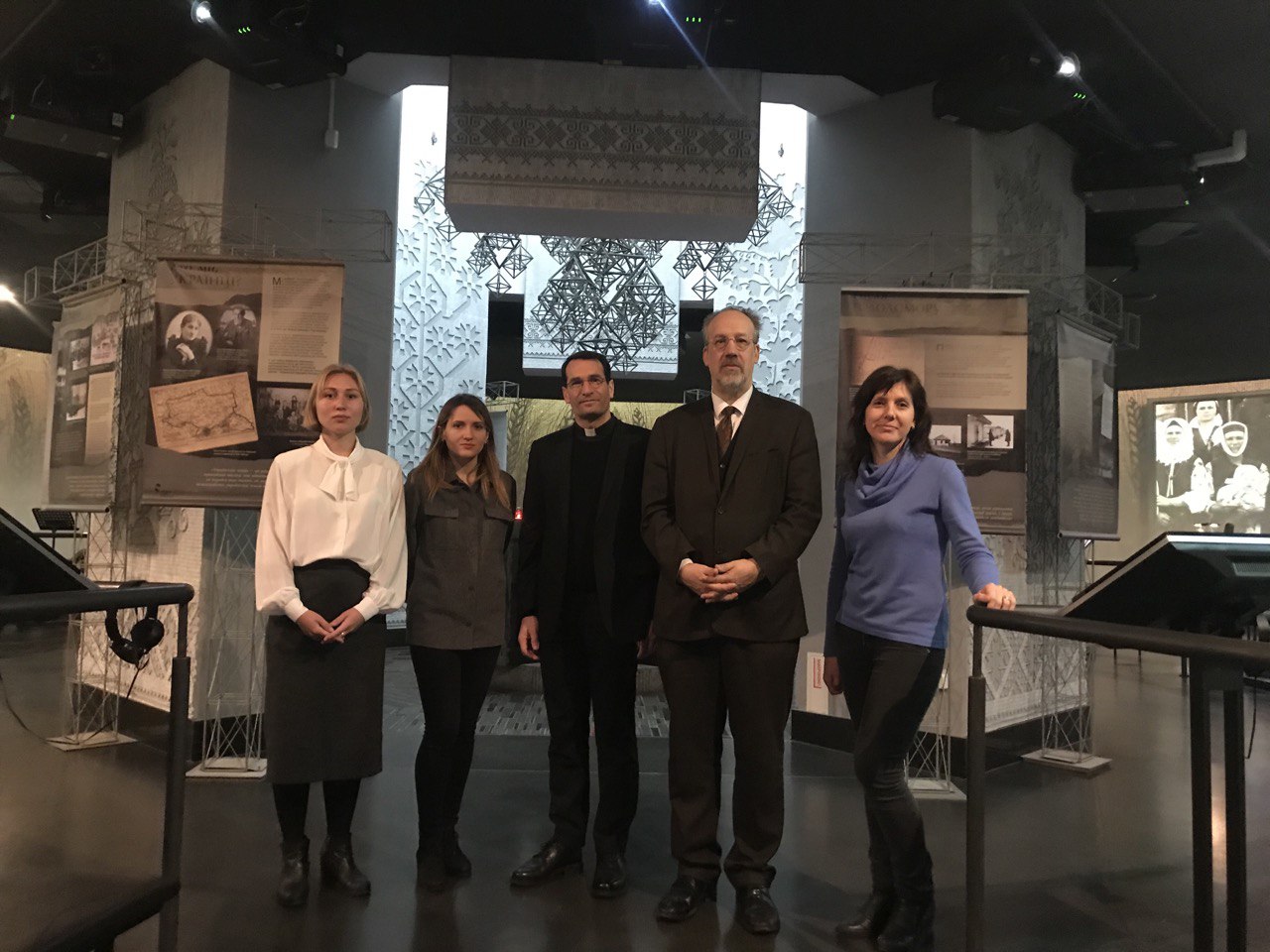 On February 11, Antoine Arjakovsky, a French historian and theologian, together with Alexis Leproux, director of the Bernardine College, visited the Holodomor Museum to learn about the history of genocide of Ukrainians and discuss further cooperation.

Antoine Arjakovsky worked as a movie attaché at the French Foreign Ministry, educational cooperation attaché and deputy director of the French Institute in Kyiv. In 2004 he founded and was the first head of the Institute of Ecumenical Studies at the Ukrainian Catholic University in Lviv and taught at the Kyiv-Mohyla Academy.

Mr. Arjakovsky is interested in the Holodomor theme and plans to spread information about the genocide of Ukrainians in France. For this purpose, the museum team will submit educational films, books and copies of documents on the events of 1932–33 for distribution at the Bernardine College in Paris.

The historian has emphasized the importance of recognizing the Holodomor as an act of genocide in France and wants to promote this process in his country.

Let us remind you that 17 countries have already recognized the Holodomor as genocide. You can find a list of them at the link.