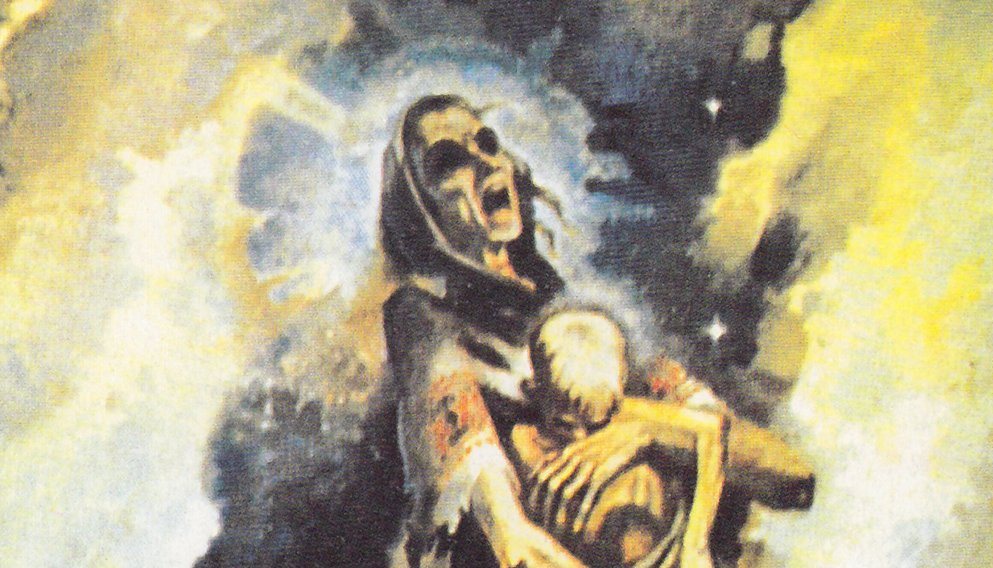 The Ukrainian Free Academy of Sciences (UVAN) in the United States transferred the painting “Year 1933” by artist Viktor Tsymbal to the National Museum of the Holodomor-Genocide.

On February 21, 2020, at the Consulate General of Ukraine in New York, a solemn ceremony of handover took place during which the Consul General of Ukraine Oleksii Holubov received a painting created in 1936 from the President of the Academy, Dr. Albert Kipa. After all the supporting documents would be drawn up, the painting will be delivered to the National Museum of the Holodomor Genocide.

This solemn event was preceded by a lengthy negotiation process. Many letters were written on the transfer of the painting from the Holodomor Museum and the niece of the artist Viktoriia Tsymbal, who supported the idea of ​​the Museum. We would also like to thank the activist of the Ukrainian community in the United States, Dora Vynnytska, who directly negotiated with the administration of the UVAN and the President of the Academy, Dr. Albert Kipa.

“This cpainting is an indictment of the inhuman Bolshevik regime, that committed genocide against the Ukrainian people in 1932–1933. It depicts the exhausted mother who, clinging the dead child to the dry breast, rushes between clouds and stars to God. Her desperate cry and eyes, filled with pain and horror, tear our hearts, ”said the president of the Ukrainian Free Academy of Sciences in the United States.

Dr. Albert Kipa added that the painting was created in Argentina, then it appeared in the to the United States, where it was gifted to the Ukrainian Free Academy of Sciences. The Academy’s management decided to transfer it to the National Museum of the Holodomor-Genocide in Kyiv.

Also, the Consul General of Ukraine in New York Oleksii Holubov said that this work is not only artistic but also political, because it “condemns the act of genocide against the Ukrainian people committed by the Stalinist regime.”

Recall that in 2018, an exhibition of paintings by Italian artist Sabatino Scia “Genocide of Ukrainians” took place in our Museum.