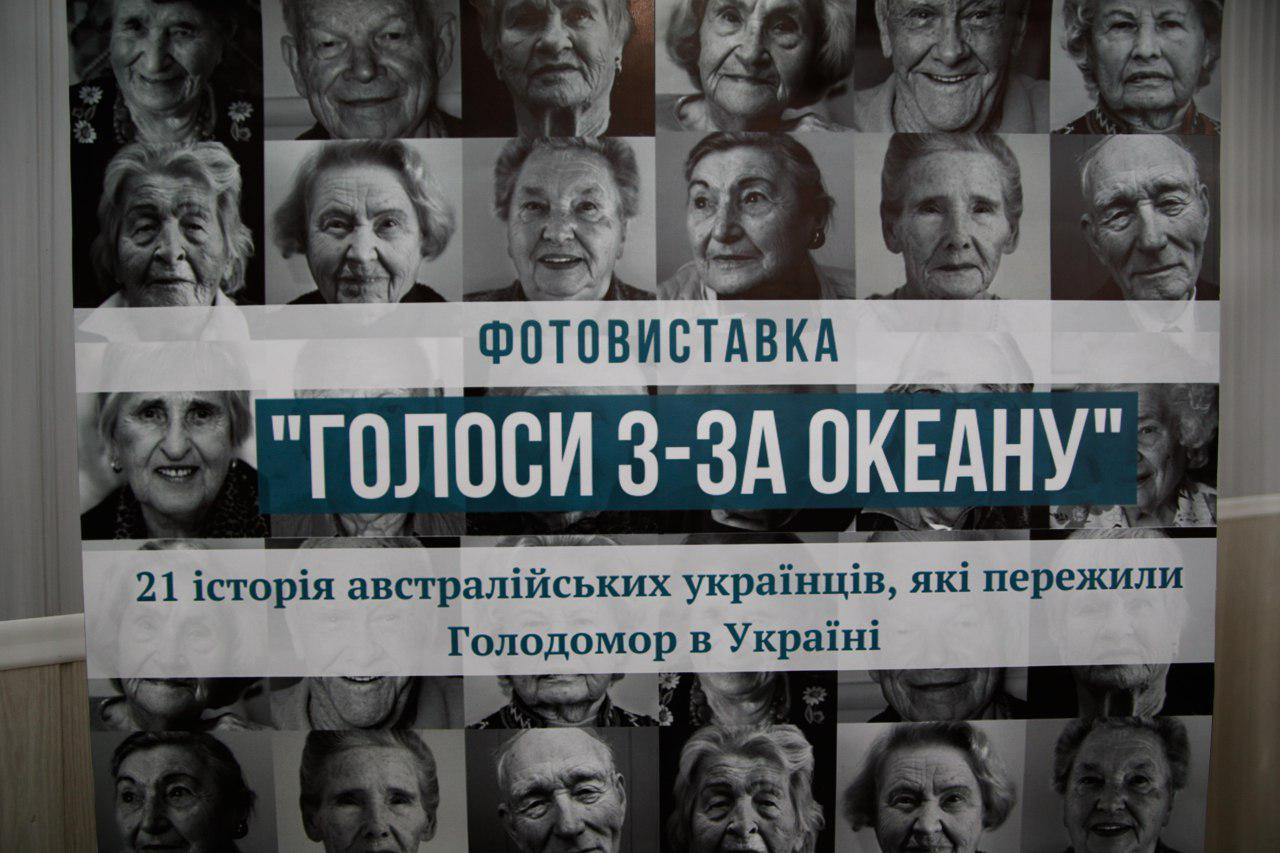 On December 10, the Holodomor Museum’s exhibition “Voices from across the Ocean” opened at the Kryvyi Rih State Pedagogical University.

The photo project was created to honor the 85th anniversary of the Holodomor by Australian-born Ukrainians. Across the continent, project curators have been looking for the Holodomor witnesses who emigrated to Australia after the 1930s. By collecting their testimonies and taking their portraits, they created an international historical and cultural project to preserve the memory of one of the greatest genocides, the Holodomor. The exhibition, through photos and memoirs written in the form of letters, tells the personal stories of twenty-six people from thirteen regions of Ukraine about the events of 1932–1933.

After being exhibited in Melbourne, the project was presented at the Holodomor Museum and the Dnipropetrovsk National Historical Museum. Now the photo exhibition is presented at the Kryvyi Rih State Pedagogical University. Everyone can see the photo project from 10 to 15 December (10: 00–17: 00).