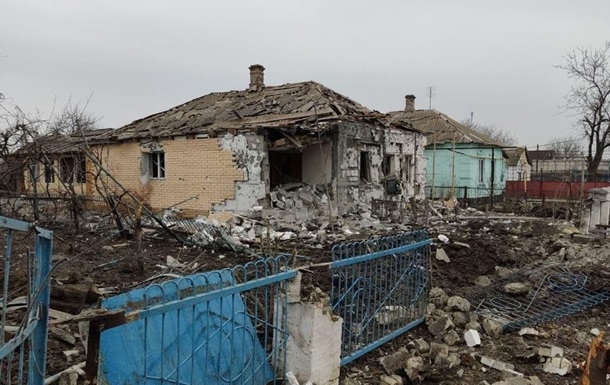 The failure of Putin’s blitzkrieg in Ukraine has forced Putin to move to a new tactic. The Russian occupiers are deliberately committing civilian killings, rapes, kidnappings, robberies, as well as destroying housing, social infrastructure, and industrial facilities, bypassing sea routes in the Black Sea. One-third of Ukrainian enterprises have shut down due to Russian aggression, and millions of Ukrainians have lost their jobs and personal property. According to data released by the Office of the President of Ukraine, at least 10 million Ukrainians have had to leave their places of residence. About 3 million of our compatriots went abroad.

The occupiers intend to cause maximum human and economic losses in Ukraine, demoralize Ukrainians, and force our state’s government to make concessions to the aggressor. At the same time, the Putin regime has a long-term goal: to reduce the standard of living in Ukraine as much as possible in the future, to intentionally create conditions for Ukrainians that will result in accelerated depopulation of our people. In Putin’s sick imagination, the whole of Ukraine must become a continuous territory of a humanitarian catastrophe.

All these events convincingly show that Putin wants to commit genocide, the aim of which is to eliminate the foundations of the existence of the Ukrainian people. As the British sociologist Martin Shaw pointed out rightly, any genocide is aimed not just at killing members of a certain group of people but at “destroying their way of life.” The most important principles of the Ukrainian way of life are democratic freedoms and human dignity. Putin hates both. He has repeatedly stated that the proclamation of Ukraine’s independence was a historical coincidence, and the Ukrainian people do not exist in nature. In the paranoid consciousness of the Kremlin’s shortcomings, an independent Ukraine is only “Anti-Russia” – a special project of the West.

All genocides are intentional, but not all are happening at the same pace. The 1994 genocide in Rwanda lasted only six weeks, and the extermination of Jews or Ukrainians by the Nazi and Communist regimes lasted for years. American researcher from Benjamin Cardozo School of Law in New York, Sherry Rosenberg, noted in 2012 that the intensity of different cases of genocide can vary significantly and in some situations may be “the slow death of the people and their culture over time.”According to the researcher: “we must not lose sight of the fact that genocide is a fluid and complex social phenomenon, not a static term, and is not limited to its purely legal definition.” The researcher called the slow extermination of large groups of people by creating living conditions for them that are designed to gradually reduce their numbers as “genocide through exhaustion.” Congolese researcher Dolphin Ntanyoma, who worked at the Institute of Social Research of the University Erasmus of Rotterdam in Rotterdam, supplemented the concept of Sh. Rosenberg in 2017-2019. According to the scientist, “slow genocide” is a combination of open mass extermination of certain peoples with long periods, when people destined for extermination are deliberately created intolerable socio-economic living conditions. Scholars have classified the Sudanese government’s policies in Darfur (since 2003), the persecution of the Banyamulenge (Congolese Tutsis) in the Democratic Republic of the Congo (since 2015), and the Rohingya Muslims in Myanmar as “slow genocide”). Russia’s aggression in Ukraine, which today is gaining all the signs of “genocide to depletion,” is the first case in the XXI century where one state applies similar genocidal practices to another country.

The seriousness of Putin’s genocidal plans is confirmed by the large-scale social processes that have taken place in Russia in recent years and which have intensified especially since the Russian army invaded Ukraine. There is no doubt that Kremlin propaganda has long been diligently preparing Russian society for complicity in crimes of unprecedented proportions. By depriving Russians of all sources of alternative information, intimidating them with “Western intrigues,” and inciting great-power chauvinism, the Kremlin aims to mobilize Russian citizens to carry out its criminal orders. Contrary to all logic, the Russian government assures the Russians that Ukraine is a threat to world security. Putin has created a completely different reality in Russia, dominated by other laws, rules, customs, and habits. Thanks to this, the whole of the Russian Federation has today become an instrument of Putin’s genocide.

The scale of Russia’s genocide against Ukrainians is becoming increasingly apparent to the world. The UN International Court of Justice in The Hague has accepted the case of Ukraine’s lawsuit against Russia on genocide charges and, on March 16, passed a decision ordering Moscow to cease hostilities in our country. (The court must establish the existence of corpus delicti during subsequent hearings). Another judicial body located in the Netherlands capital, the International Criminal Court, has also begun collecting materials on the crime of genocide committed in Ukraine by the Russian aggressor. The resonant statement made by former US Army Attorney Benjamin Ferenc, a participant in the trial of Nazi criminals in Nuremberg, was very symbolic. According to the respected lawyer, Russian President Putin should be convicted of his crimes, as was the case with Bosnian Serb leader Radovan Karadzic, who is currently serving a life sentence: “Russia’s crimes against Ukraine are a disgrace to all mankind, their perpetrators must be brought to justice for aggression, crime, and murder. “

In the last century, the communist regime of the USSR committed many crimes against Ukraine. The worst of them was the Holodomor genocide of 1932-1933. We will not allow Moscow to repeat the genocide on our land. Ukrainians will win. Criminals guilty of planning and carrying out genocide will be punished.

Photo. The private sector of the city of Mariupol after the shelling by Russian troops. Source: Facebook page of Mariupol City Council.