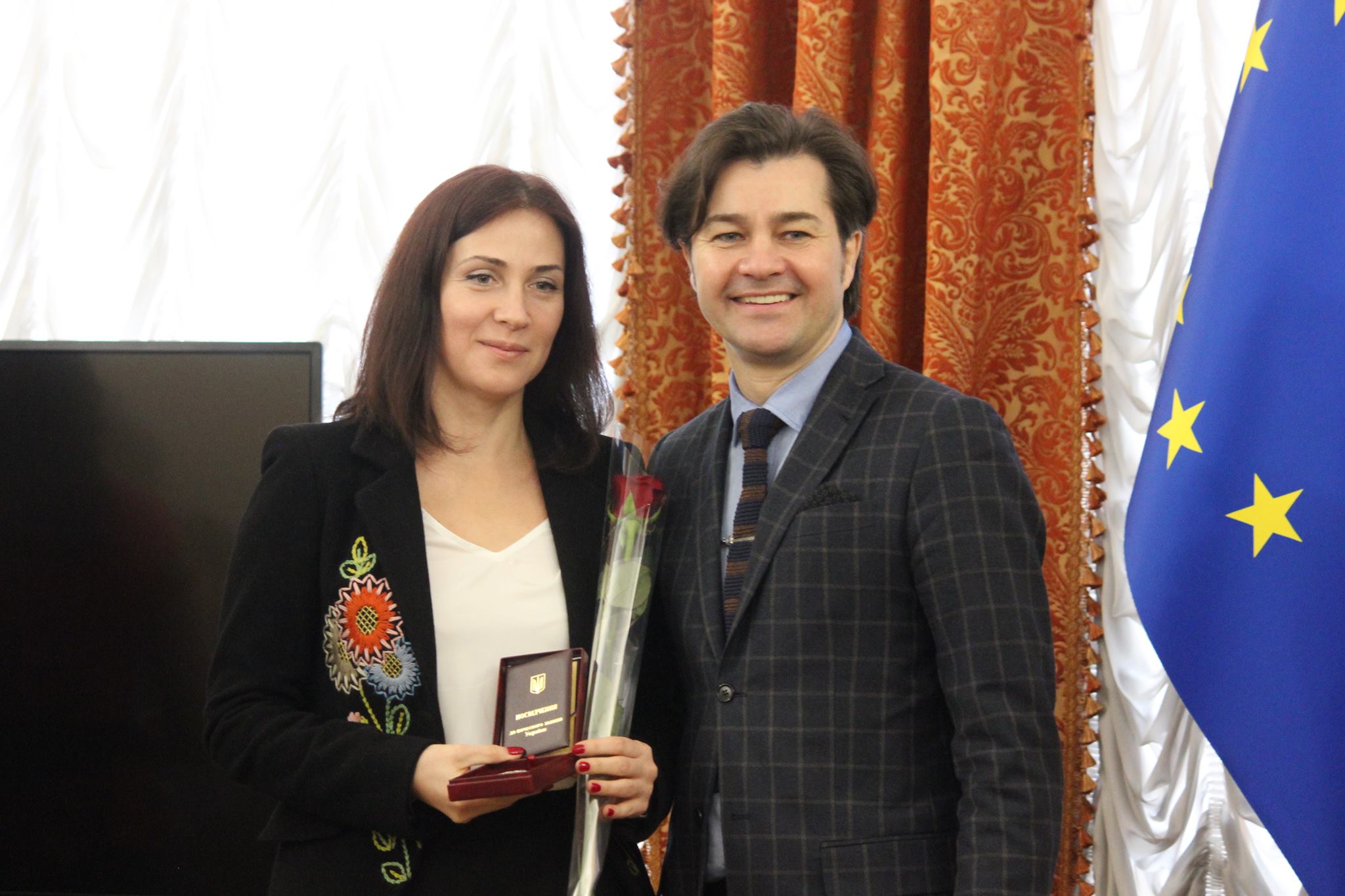 On January 22, 2019, according to the Decree of the President of Ukraine No. 14/2019 “On Celebration of the State Awards of Ukraine” on the occasion of the Unification Day of Ukraine, the Director of the Holodomor Victims Memorial National Museum, Olesya Stasyuk, was awarded the honorary title of the Honored Worker of Culture for a significant personal contribution to the cultural and educational development of the Ukrainian state.

On February 7, 2019, the Minister of Culture of Ukraine Yevgeniy Nyschuk presented the high award to the Director of the National Museum Holodomor Victims Memorial, Olesya Stasyuk.

“Despite certain discussions in society about the appropriateness of maintaining state awards and titles, I am convinced that people who have devoted their lives to the Ukrainian culture, who multiplied it within the country and presented in the world, should receive recognition by the state. I am grateful to each of you for the efforts made, the service of art and many years of work for the benefit of the establishment of Ukrainian culture,” Yevgeny Nyschuk emphasized during the ceremony of awarding.

Olesya Stasiuk is a Ukrainian historian, public figure, director of the National Museum Holodomor Victims’ Memorial. In 2007 defended a dissertation at Taras Shevchenko Kyiv National University titled “Deformation of Traditional Culture of Ukrainians in the late 20’s and early 30’s of the 20th century” and received the degree of “Candidate of Historical Sciences”.
Olesya Stasiuk is the author of the monograph “Genocide of Ukrainians: deformation of folk culture” (Kyiv, 2006, 334 pp.) And numerous scientific articles on the topic of the Holodomor and the consequences of genocide for Ukrainians. She, with her participation and under her leadership, created dozens of exhibitions and educational projects that were exhibited not only in Ukraine but also abroad.

As a public figure and researcher in the history of the Holodomor, she has repeatedly participated in many international conferences and round tables (Germany, Italy, Belgium, Switzerland, Lithuania, Czech Republic, Lebanon, Ireland, Poland, USA, Canada, etc.). He was the curator of the International Forum “My nation was! My nation will always be! “(Kyiv, 2013). Since 2013, she has been a member of the Public Committee to commemorate the victims of the Holodomor-Genocide of 1932-1933 in Ukraine, the deputy chairman of the All-Ukrainian Human Rights Protection Organization Memorial named after Vasyl Stus.