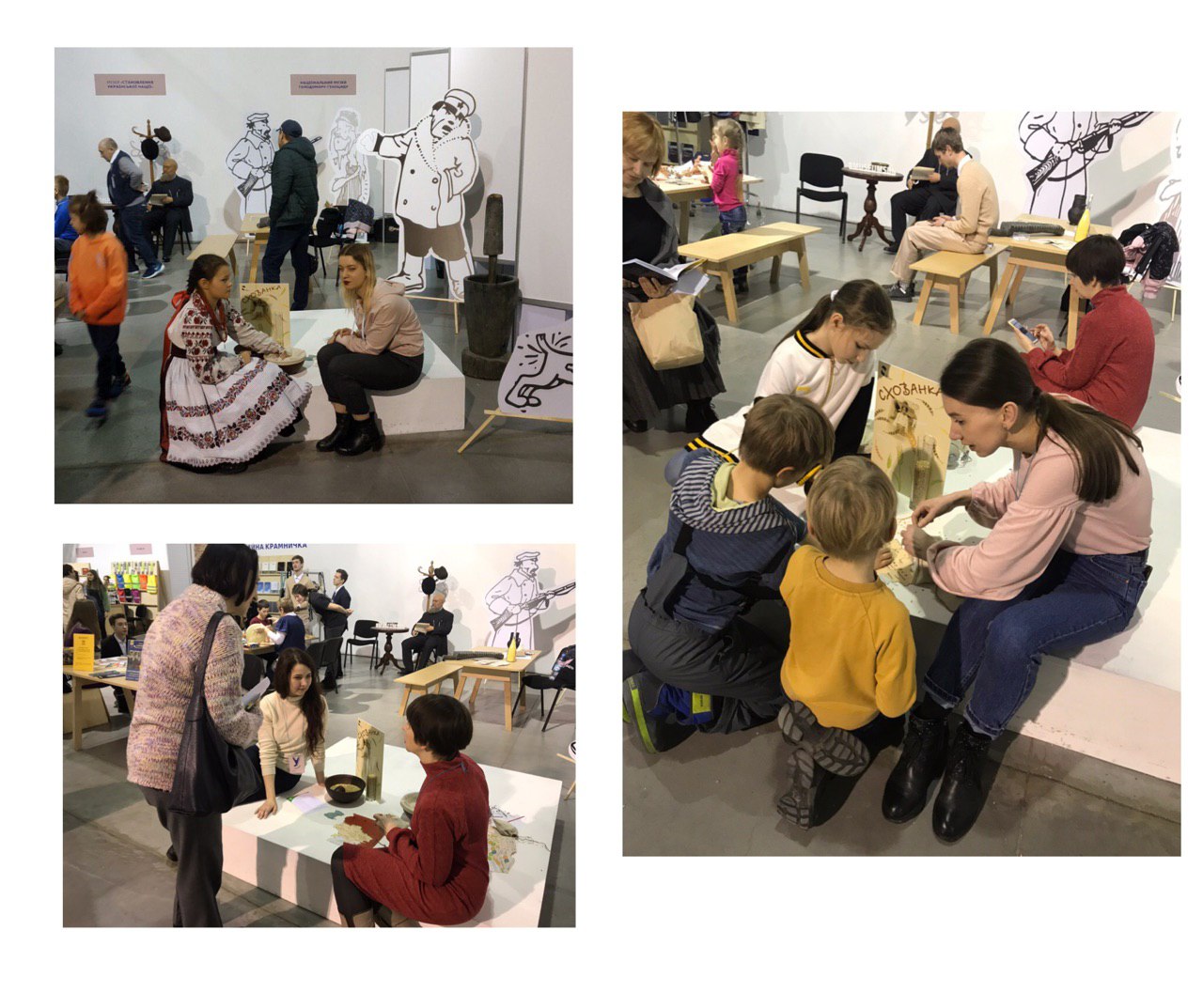 From February 27 to March 1, the Art Arsenal hosted the “Neoсвітній Арсенал” (“Neosvitnii Arsenal”), a 4-day festival-protest against the standard education system.

The theme of this year’s festival was “Superbrain: Left / Right Hemisphere”. The participants learned how our brain works and what its parts are responsible for, how it affects our senses, and how culture and science, art and technology are connecting and interacting. The festival brought together more than 50 participants from all over Ukraine. Museums, libraries, theaters, science promoters, publishing houses, other institutions and companies with educational programs built on the principle of edutainment joined the event.

For the first time, the team of the Holodomor Museum participated in one of the largest educational festivals, where we presented a new game for children and adolescents called “The Hiding Place”. By playing it, participants helped the 12-year-old Katia bypass the dangers and fill her hiding place with food supplies. Both children and adults explored ways of saving and surviving  during the Holodomor, and learned more about Ukraine’s history.

At the festival, we also announced the History Lab program for teens of 11–15 years old. During six lessons, participants will learn about the history of the Holodomor with the museum team and create comics with a professional comic maker. The program begins on Friday, April 3. Follow the museum’s announcements — we will start the program soon.