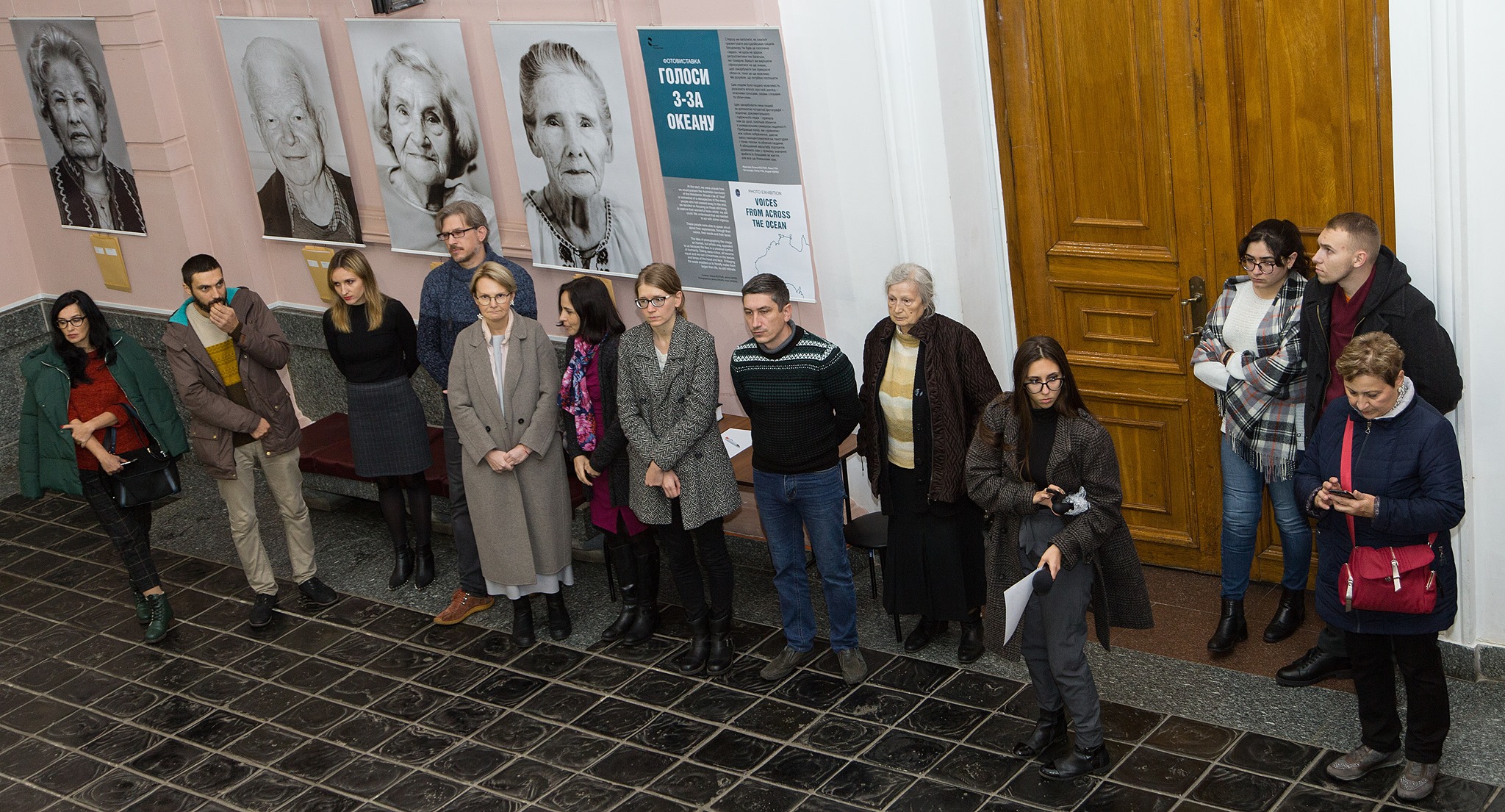 Holodomor Museum Presented “Voices from across the Ocean” Exhibition in Dnipro

In Dnipro, in the Yavornytskyi National Historical Museum, a photo exhibition “Voices from across the Ocean” was opened. It was created by our museum and Australian Federation of Ukrainian Organisations.

The exposition features black and white portraits and memoirs abouth the 1932–1933 Holodomor told by 26 Ukrainians from 10 different regions. These people survived the famine during their childhood, and later, after the 1930s, emigrated to Australia with their families.

Their photos were made by the curators of the project – Ukrainian-born Australians Janina Green and Halya Kostiuk. The researchers also recorded the stories of these people.

The project was created to commemorate the 85th anniversary of the memory of the Holodomor victims in 2018 and first exhibited at the SpASE GALLERY Gallery (Melbourne, Australia) and then in Kyiv.

“The researchers tried to keep their faces, their stories and their voices alive. Since then, several people whose portraits are on display have already died,” Yana Hrynko, head of the exposition department of the National Holodomor-Genocide Museum, said.

“Even thousands of kilometers of land and ocean between Ukrainians will not be able to separate them. We will always be united by national identity, language, history and collective memory, including the Holodomor,” Liliia Bohacheva, the head of the Public Council at the Dnieper City Council, emphasized.

“I noticed that the people on these portraits were smiling, despite the fact what they had been lived through. But they survived. The death did not overcome them,” Ihor Kocherhin, Head of the Southeastern Interregional Division of the Ukrainian Institute of National Memory, said.

Each visitor can write a letter to the person whose testimony they have read. All letters will be forwarded to Australia.

The exhibitions will last until December 5.