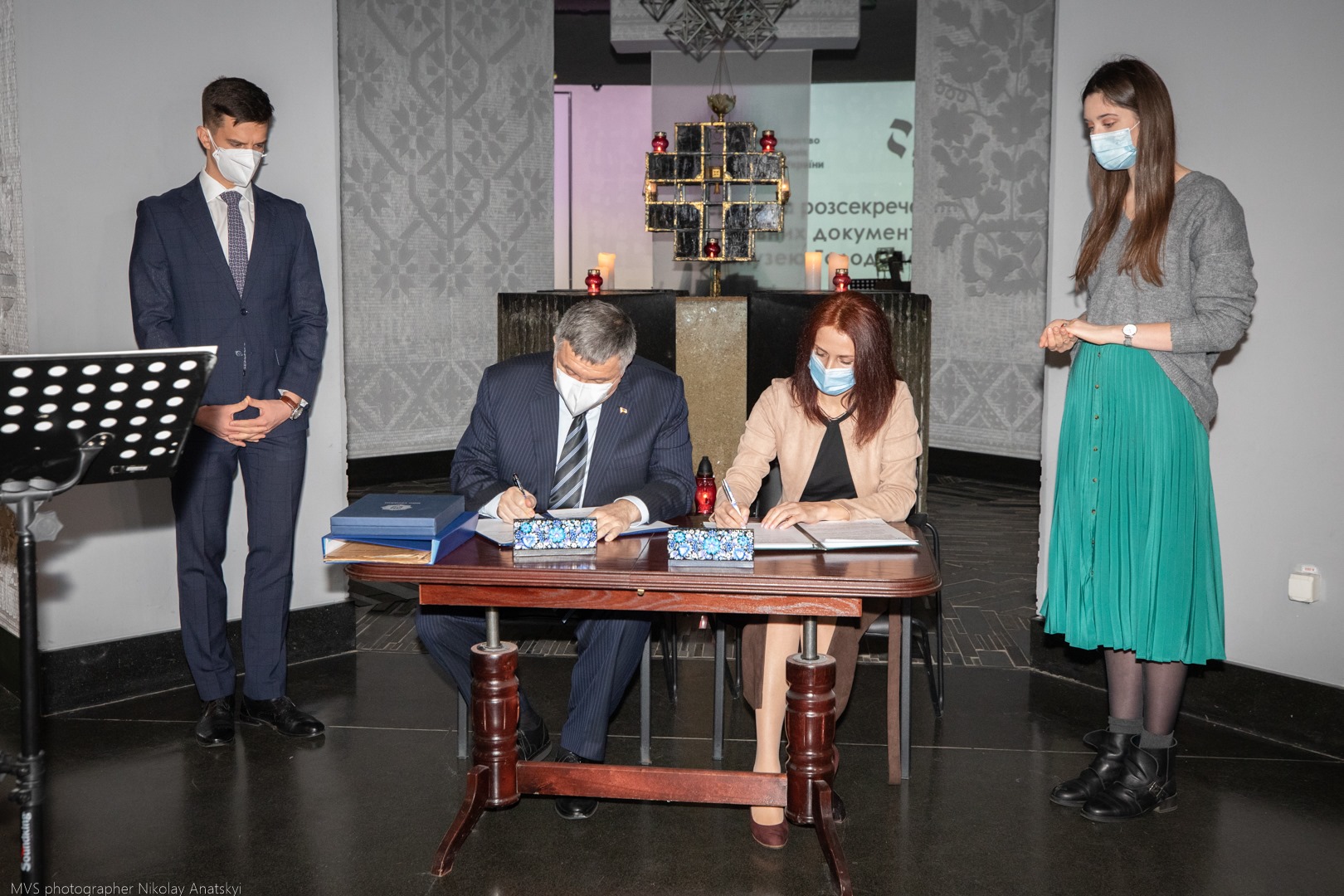 On November 26, the National Museum of the Holodomor Genocide signed a memorandum of cooperation with the Ministry of Internal Affairs. Minister Arsen Avakov handed over criminal cases on the genocide of Ukrainians to the museum, but this work will be systematic and gradually all the original cases will be transferred to the Museum archives when it will be completed. Such cooperation is an opportunity to tell about the crime against the Ukrainian people, to name the executioners and to rehabilitate the unjustly convicted.

“We are bit by bit collecting information about the terrible tragedy in the history of the Ukrainian people. And such documents are evidence of this crime. No matter how much the successor of the Union tries to hide the facts of the crime, we prove the opposite. It is important for all future generations that everyone understands what happens to the country when it is occupied by Russia,” Olesia Stasiuk, director general of the museum said.

Arsen Avakov stressed that the declassified materials are sent to the Museum in digital form to make them available not only for scientists, but also in the public domain.

“The first case was initiated under the so-called “5 ears of grain law.” Shliapin from the Kherson region was dekulakized and sentenced to 10 years in labor camps with his wife and children for trying to bring home a handful of grain from a collective farm field. The second case is open on the fact of cannibalism. Hungry people were driven mad, considered criminals and punished very severely,” said the Minister of Internal Affairs.

He also stressed that it is important to return to our history, declassify and study the archives, because hostile propaganda is working against Ukraine, which aims to destroy national memory, “We give descendants the opportunity to learn the true history of the Motherland the world community. We must make this work systematic and gradually transfer all cases. After so many years the enemy does not stop. Now the Russian regime has another project to destroy our people—the annexation of Crimea and the war in eastern Ukraine, but we will not be broken by hunger or aggression. Long live Ukraine. Glory to Ukraine”.