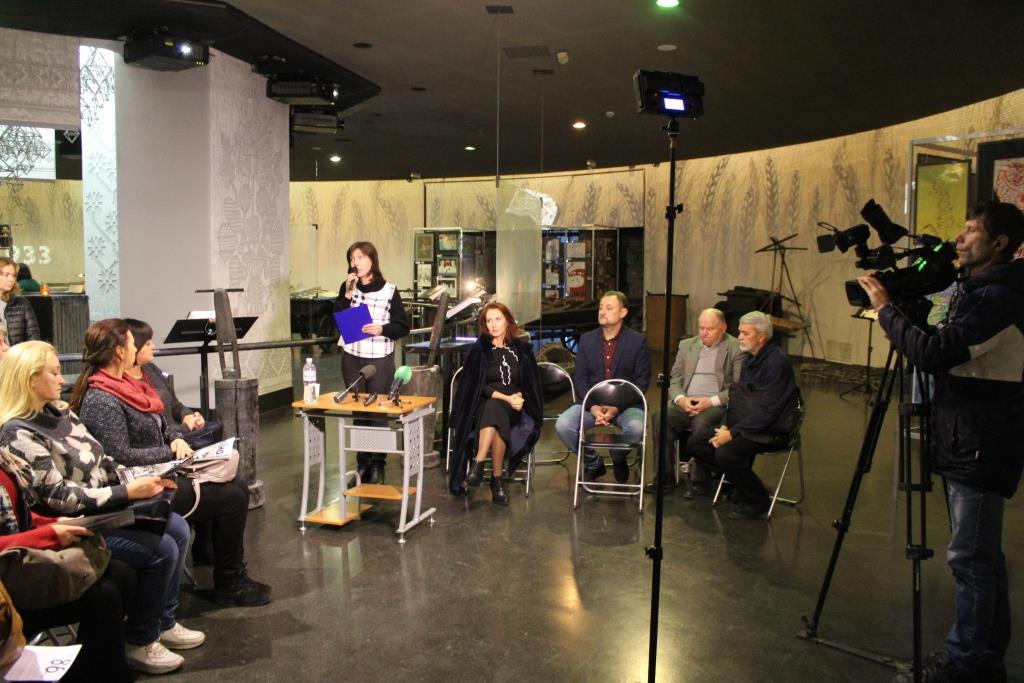 “I Will Remember Them…” Is a New Documentary About the Holodomor

On November 22, the Holodomor Museum hosted a presentation of the documentary I Will Remember Them…, which tells the story of the Holodomor and the still unknown facts about it.

The movie examines the mechanisms of the crime, such as the “black boards”, “the law of 5 ears of grain”, travel ban, passport system, grain procurement campaign. Through 11-year-old Yurko’s question to his father, the story of the Holodomor and its still unknown facts are told. The main character is the grandson of Mykhailo Ilyenko, the author of the script for the film Toloka, which covers 14 important fragments of Ukrainian history, including the Holodomor.

Having visited the pre-premiere screening of the film, the boy has a series of questions about the genocide of the Ukrainian people to his father: “Why did people die?”, “Why did the Holodomor happen?”, “What is genocide?”.

“According to my calculations, 82 districts of the USSR were on the ‘black boards’. This is actually almost a third of the districts. If the average district mortality rate in the regions of Ukraine was 30-35%, in the areas of the ‘blackboard’ regime it reached 50-70%. In fact, half (or even more) of the village died out. And the fact has even been preserved in archival documents: in villages that have completely become extinct, a black flag was hung at the highest point,” Vasyl Marochko says.

According to forensic expert Andrii Kis, who investigated the crimes of communists in connection with the starvation killings of children in Kharkiv, orphanages became children’s prisons. In particular, in the Communist shelter, where children fleeing from the villages of Ukraine were taken from the Kharkiv railway station, the death rate was huge.

“The topic of the Holodomor in Ukrainian cinema, in principle, cannot be exhausted. But if we talk about films dedicated exclusively to this topic, I can, unfortunately, mention only one. This is a full-length Ukrainian film, Oles Yanchuk’s Hunger-33, which is over 30 years old,” Pylyp Ilyenko, the former head of the State Cinema, said.

The film was produced by Eurasia-Media.