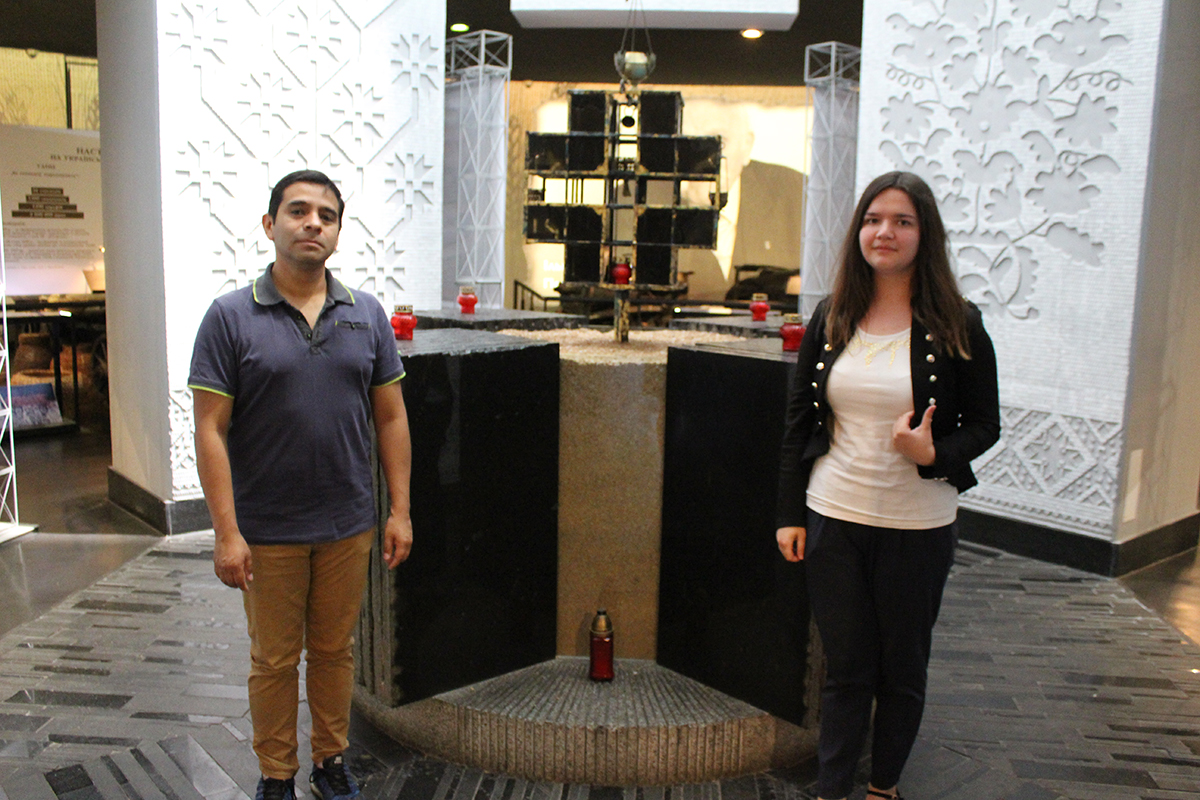 In Holodomor Victims Memorial, a Documentary about the Language Question in Ukraine Was Being Filmed

On June 11, in the Hall of Memory of the National Museum “Holodomor Victims Memorial”, the shootings for a documentary about the language problem in Ukraine took place. Its author, Luis Perea, is a lecturer of applied linguistics and English as a second language in the framework of the English Language Fellow program. He is currently working at V. O. Sukhomlynsky MNykolaiv National University.

The film will be devoted to the history of bilingualism in Ukraine, as well as the policy of Russification, which is closely linked to the Holodomor-genocide. Louis Perea learned about the Holodomor, having already arrived in Ukraine, and such a manifestation of Stalin’s terror shocked him. In order for more people to learn about the genocide of Ukrainians, the director decided to include information about the 1932–1933 Holodomor to his movie.