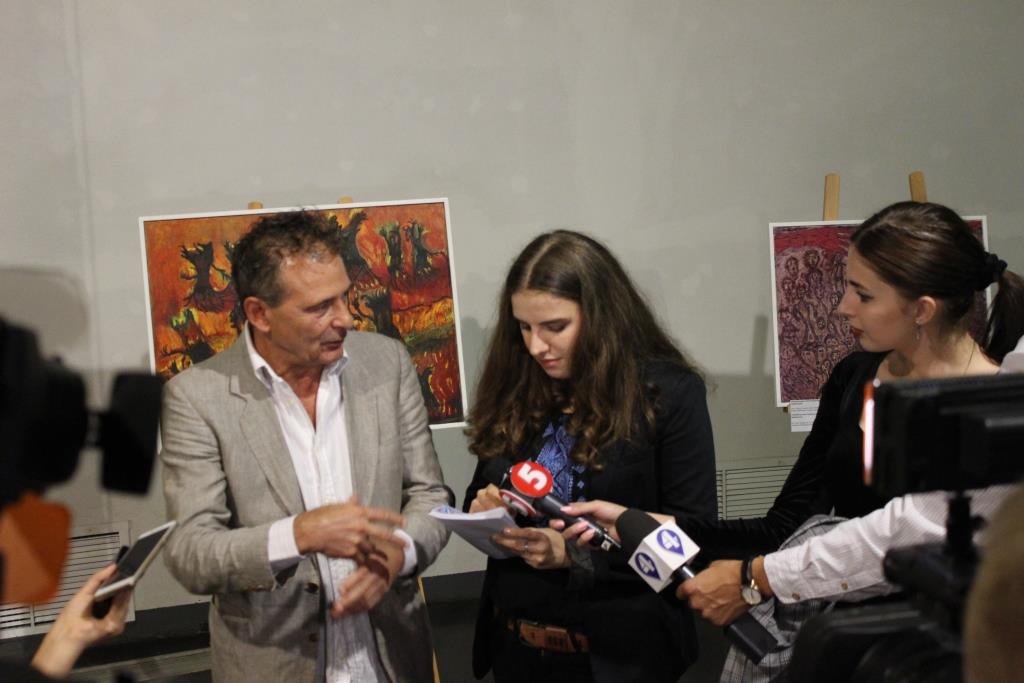 The series of the paintings «Genocide of Ukrainians» by the Italian artist Sabatino Scia were presented for the first time in Ukraine. These pictures tell the story of the crime of the Stalinist regime against Ukrainians. The artist gave his pictures as a gift to the National Museum «Holodomor Victims Memorial».

At the opening of the exhibition, the Minister of Culture of Ukraine Yevhen Nyschuk thanked the artist for drawing attention to the issue of the Holodomor as a genocide of the Ukrainian people: «It is very valuable to us what Sabatino Sсia gave these canvases as a gift to the museum. Our aim is to bring the story of this tragedy to the world community».

At the presentation, artist Sabatino Sсia, said about writing a novel about the Holodomor: «This is an unusual novel. The novel will be in the genre of fairy tales or fables. This is my favorite writing style. In fact, this was not an easy task. It was necessary to tell about the Holodomor through characters of fairy tales, witches, fairies. It was quite difficult, but I needed to do this in order to share the information with the young generation and adolescents».

Sergio Gradenigo, the Consul of Italy in the USSR, wrote from Kharkiv in 1933: «… The representatives of Soviet authorities acknowledged that 9 million people were the victims of the Holodomor in Ukraine. It is 40-50% of the population of Ukraine». The representative of Italy told the truth about the Holodomor to the world community. Today, a citizen of Italy also helps us to tell the tragic history of the Holodomor», said Olesia Stasiuk, Director General of the National Museum «Holodomor Victims Memorial».

We recall that the exhibition of paintings «The Genocide of Ukrainians» by artist Sabatino Sсia will be exhibited at the National Museum «Holodomor Victims Memorial» by November 1, 2018.