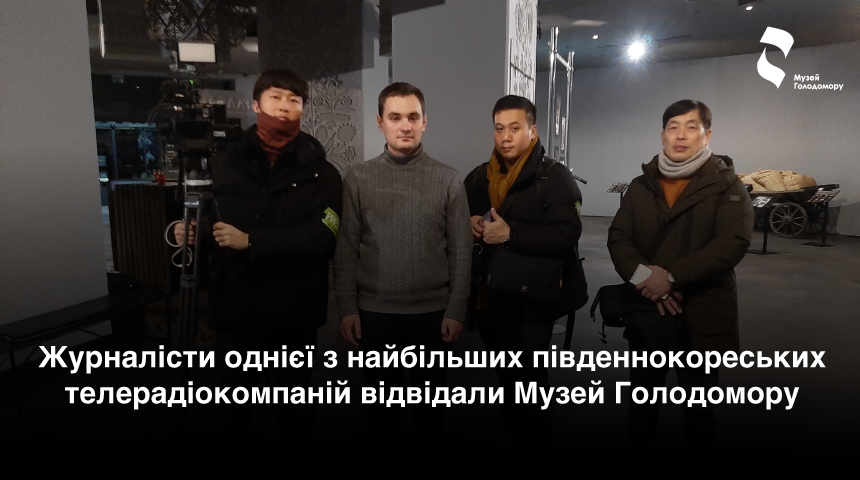 On December 15, the ашдь crew of the South Korean public broadcaster KBS visited the Holodomor Museum as part of the filming of a documentary film about Ukraine.

While shooting the film, the team leader Park Seok Ho tries to understand the preconditions of the current full-scale war of Russia against Ukraine. In this context, the story of the Holodomor is particularly crucial because, for many people who are not familiar with the Ukrainian past, it explains the Russian occupiers’ modern atrocities and cruelty.

The head of the information and publishing department of the museum, Mykhailo Kostiv, gave the guests a sightseeing tour and told them about the analogies that are obvious between current events and 90-year-old events. He drew attention to Ukrainian resistance to Bolshevik policies in 1930–1931 when more than 4,000 uprisings broke out on the territory of the UkrSSR.