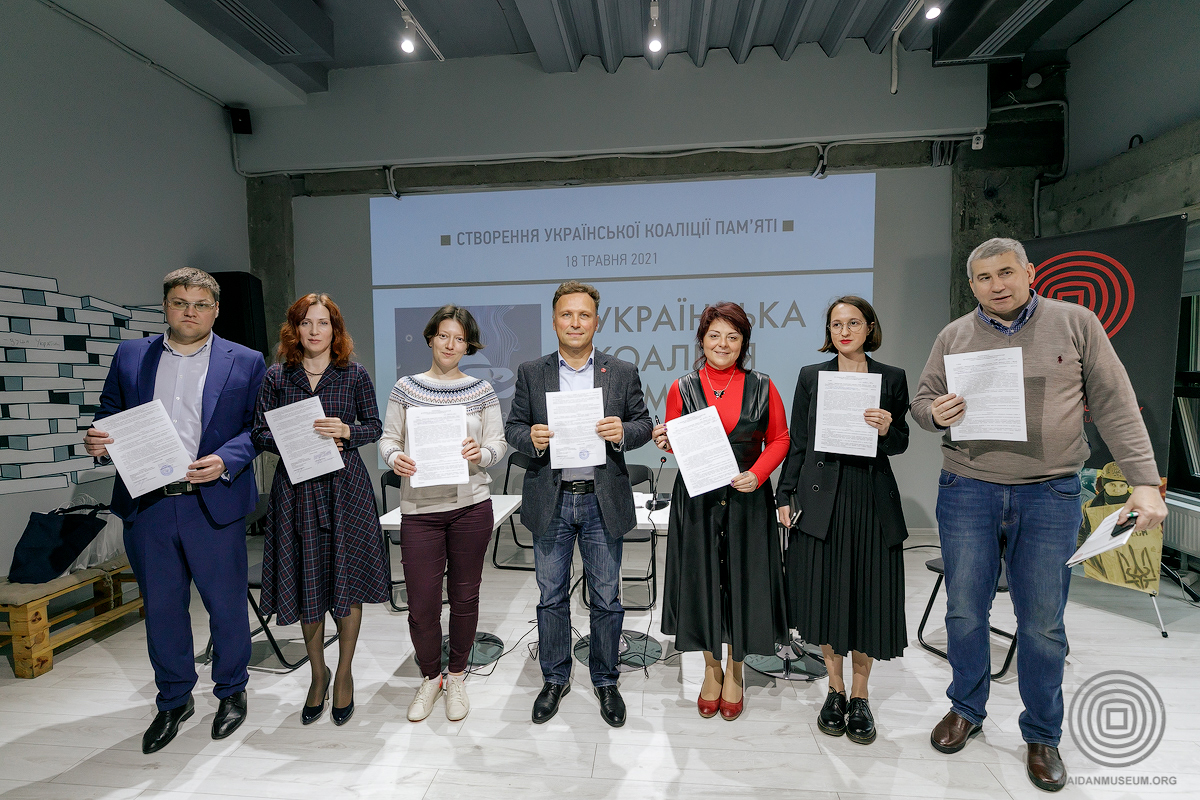 On May 18, which is the International Museum Day and the Day of Remembrance of the Victims of the Crimean Tatars Deportation, the Ukrainian Coalition of Memory was established.

The event was initiated by the National Memorial Complex of Heroes of the Celestial Hundred—the Museum of the Revolution of Dignity together with leading museums of Ukraine, and public and research initiatives in the commemorative sphere.

“For about 4 years, Ukrainian museums dealing with complex topics have been solving difficult questions: how to actualize our historical memory, dramatic pages of our history that were silenced during the Soviet era, topics that were banned or distorted. We thought about how to act. And decided that today, in the face of the threat of new challenges, in the conditions of information war, hybrid war, Russian-Ukrainian war, when the theme of memory, silenced or forgotten history can become a powerful weapon of both sides, we need to be together. Today we are announcing the creation of the Ukrainian Coalition of Memory, which unites not only museums, but also public initiatives, scientific, research institutions, government agencies. Our Museum of the Revolution of Dignity has initiated such an association,” Ihor Poshyvailo, director general of the National Museum of the Revolution of Dignity said during the signing of a memorandum on the establishment of the Coalition. 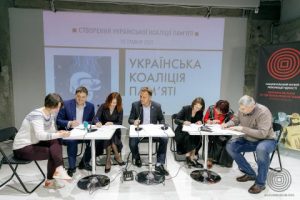 The Ukrainian Coalition of Memory brings together leading institutions of complex history and dialogue to cover the silenced, forbidden or painful pages of national memory. Its activities are also aimed at involving the public in a critical rethinking of the past, its impact on the present, and the formation of a just and humane future.

Among the tasks of the Coalition, there are development of a strategy and platform for joint action in the field of national memory, development and security of museums and public institutions, protection of national interests through the formation of national policy and culture of memory, preservation of cultural heritage, mutual support, exchange of experience promotion of places of conscience, memory and complex history.

“Today, on the Day of Remembrance of the Deportation of Crimean Tatars, I would like to support this nation in its fight against the Russian occupation, which it is historically experiencing again. In fact, our museums works to ensure that these stories are not repeated, that we draw conclusions. The anti-human policy of the communist totalitarian regime lasted throughout its existence. This year we have the hundredth anniversary of the mass artificial famine of 1921–1923, which was organized by the Bolsheviks led by Lenin. Russian propaganda and its imposed myths, which have been propagated for years as if the famine was due to a crop failure in those years, need to be rethought. We need to unite to tell a true history,” Olesia Stasiuk, director general of the National Museum of the Holodomor Genocide, said.

Also, the Museum “Civil feat of Dnipropetrovsk region in the events of the ATO” (Museum of the ATO, Dnipro) and the National Museum-Memorial of the Victims of Occupation Regimes “Prison on Lontskoho” (Lviv) joined the Coalition.

The coalition is open to new members. Museums, NGOs, and other institutions dealing with national memory and complex history can join by applying through an online form.

This was reported by the press service of the National Museum of the Revolution of Dignity. You can find out more on the website of the Maidan Museum.