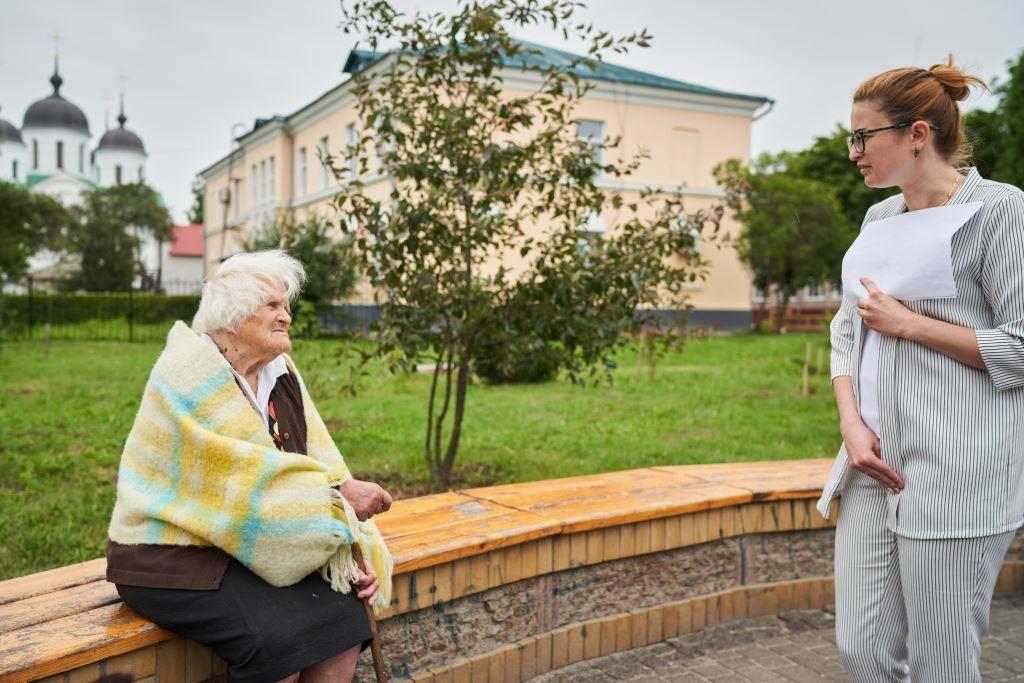 Sofiia Ivanivna Kononets (Savchenko), a 98-year-old resident of Nizhyn, was born in the village of Yampil in the Sumy Region. The Holodomor left its mark on a woman’s life. The Holodomor Museum together with the Ukrainer NGO recorded her story as part of the “Holodomor: Mosaics of History” project with the support of the Ukrainian Cultural Foundation.

During the Holodomor, the family was again saved by the authority of their father, as searches in the Savchenkos’ house were carried out formally, and at the same time activists took everything from their neighbors: “My mother’s acquaintance came to see us and said, ‘Ivanovna, I will shout, but you be silent.’. And he shouted: ‘Where did you hide, and what is that”, and he shouted, shouted… They didn’t take anything from us. They drove into the next yard; it was the same, stacks of children, but they took the boar and put it on the cart, and that’s it. Well, I remember this well, because he shouted at us, because he knew our mother. And in the neighbors’, without shouting, they put a boar on the cart, and that’s all.”

During the Holodomor, newborn twins Ania and Valia died in the Savchenko family.

One of the most painful memories of the Holodomor is the depressing impression of thousands of hungry people passing through Yampil every day, hoping to get to Russia, where they could get food and escape the starvation death, prepared by the Communists for Ukrainians. However, hungry farmers could only reach the border village of Khutir-Mykhailivskyi, which was followed by the RSFSR, and then the people were not allowed by special troops and border guards: “They were not allowed. They said, you can go to Khutir-Mykhailivskyi, and then go back,” the woman says.