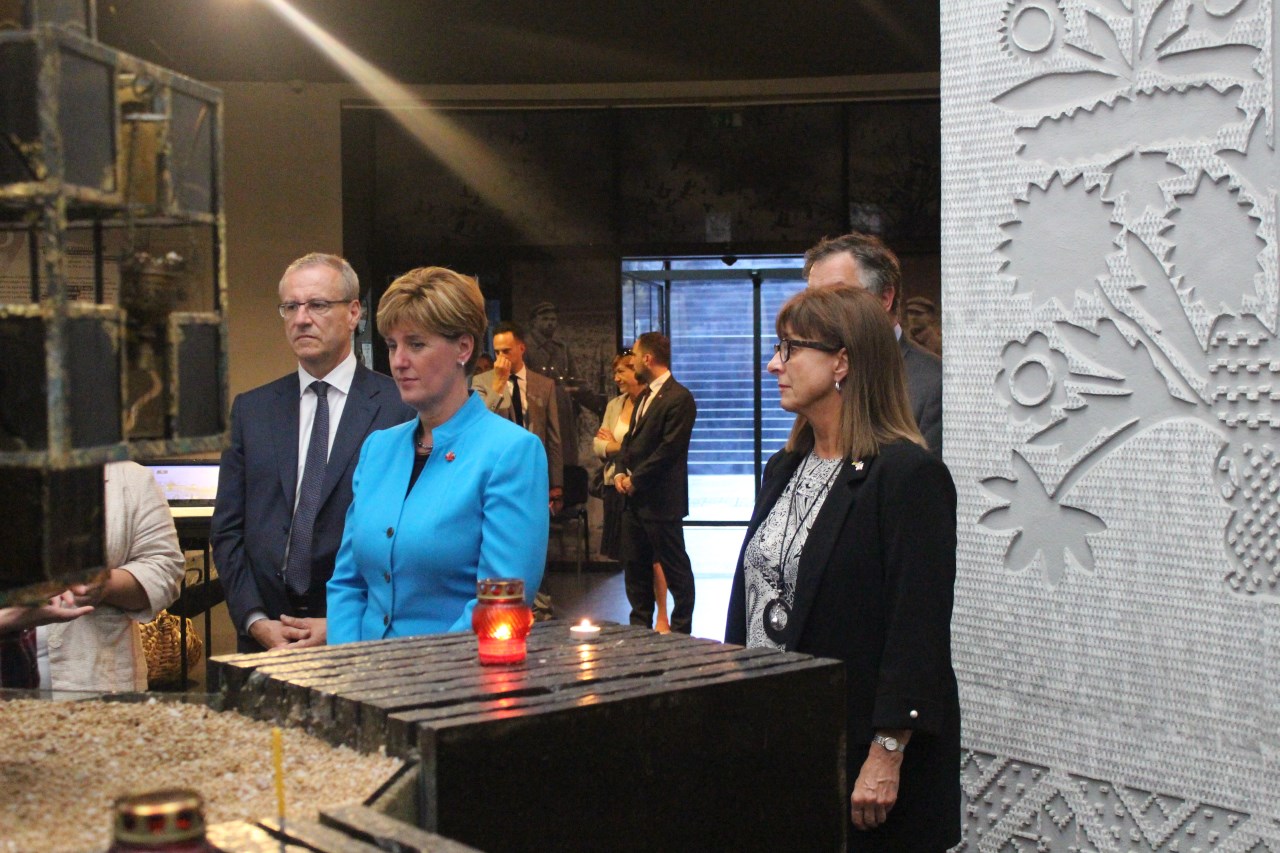 On July 19, 2018, the National Museum «Holodomor Victims Memorial» was visited by a delegation from Canada led by Marie-Claude Bibeau, Minister of International Development and La Francophonie.

The honored guest put the flowers to the sculpture «Bitter memory of the childhood» on the territory of the Memorial, visited the exposition of the Hall of Memory and lit a candle at the Altar of Memory.

During the excursion, the museum staff told to the delegation about the history of the genocide of the Ukrainian nation, which was executed by the leadership of the Soviet Union headed by Stalin. Marie-Claude Bibeau reconsidered the martyrologist of the victims of the Holodomor in the volumes of the National Book of Remembrance and was impressed by the mechanism of concealing the crime of genocide by the Soviet authorities.

The Minister left the note in the Book of Honorary Guests and thanked the administration and Memorial staff for keeping the memory of the Holodomor.

According to information by the Ministry of Foreign Affairs (Canada), Marie-Claude Bibeau will be on an official visit to Ukraine (18-23 of July). During her visit, she will meet with Prime Minister Volodymyr Groysman and other Ukrainian ministers to «discuss the Ukrainian reform plan, including the strategy for the implementation of the UN’s sustainable development goals».

We recall that Canada was one of the first states to recognize the Holodomor as an act of genocide.