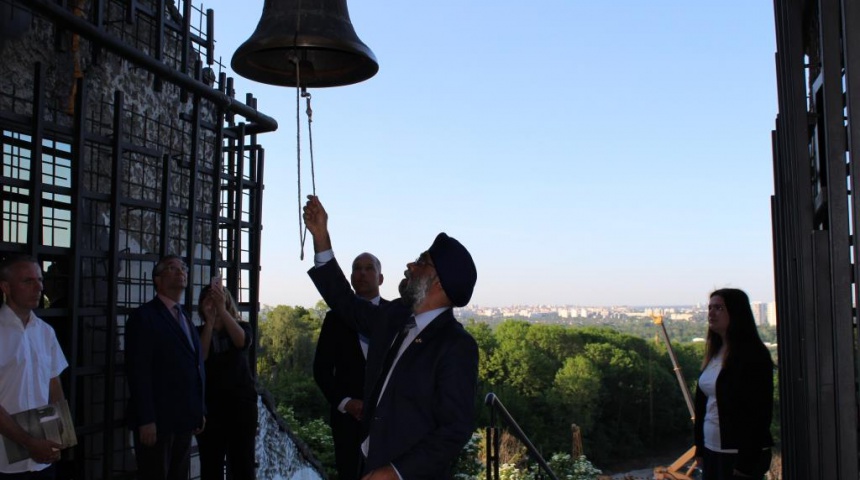 On May 19, 2019, an official delegation from Canada headed by Minister of National Defense of Canada Harjit Singh Sajan visited the National Museum “Holodomor Victims Memorial.” The delegation was accompanied by the Ambassador of Canada to Ukraine Roman Vashchuk, the President of the Ukrainian World Congress Paul Grod, and the founder and chief executive officer of Horizon Capital, Chairman of the Board of Directors of the American Chamber of Commerce in Ukraine Olena Kosharna.

The guests commemorated the Holodomor victims by laying flowers. Also, they saw the exposition of the Hall of Memory and lit the candles near the Altar of Memory.

During the tour, the museum’s staff acquainted the delegation with the history of the genocide of the Ukrainian nation, which was executed by the Soviet Union headed by Stalin.

The guests noted the importance of studying the history of the Holodomor-Genocide in Ukraine and around the world in order to prevent repeating of such crimes in the future.

We remind that Canada was one of the first states which recognized the Holodomor as an act of genocide.