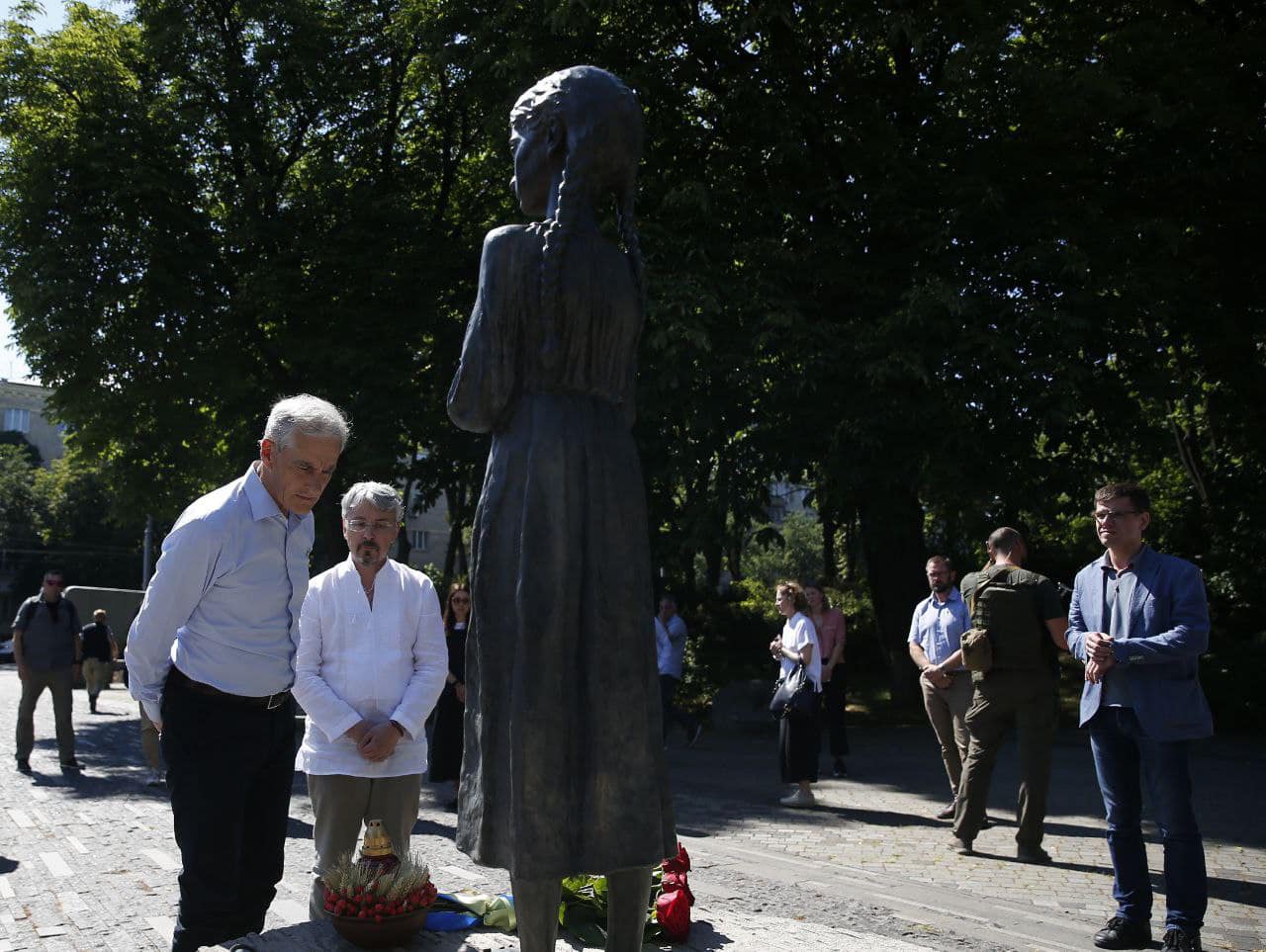 Today, July 1, the Holodomor Museum was visited by an official delegation led by the Prime Minister of Norway, Jonas Haar Store. The Minister of Culture and Information Policy Oleksandr Tkachenko accompanied the Norwegian guests. Together, they honoured the memory of Ukrainians who died as a result of the Holodomor of 1932-1933 near the sculpture “Bitter Memory of Childhood.”

Jonas Haar Store is in Ukraine on an official visit. “I came to express my support for the people of Ukraine. Norway will transfer 1 billion euros by the end of this year or at the beginning of 2023 for people’s needs,” said Store at a joint briefing with the President of Ukraine, Volodymyr Zelensky, in Kyiv.

On the same day, Jonas Haar Store visited Chernihiv, where he saw with his own eyes the impressive destruction of the city as a result of Russian bombings and talked with local residents.

We will remind that Norway has not recognized the Holodomor as a genocide of the Ukrainian people.