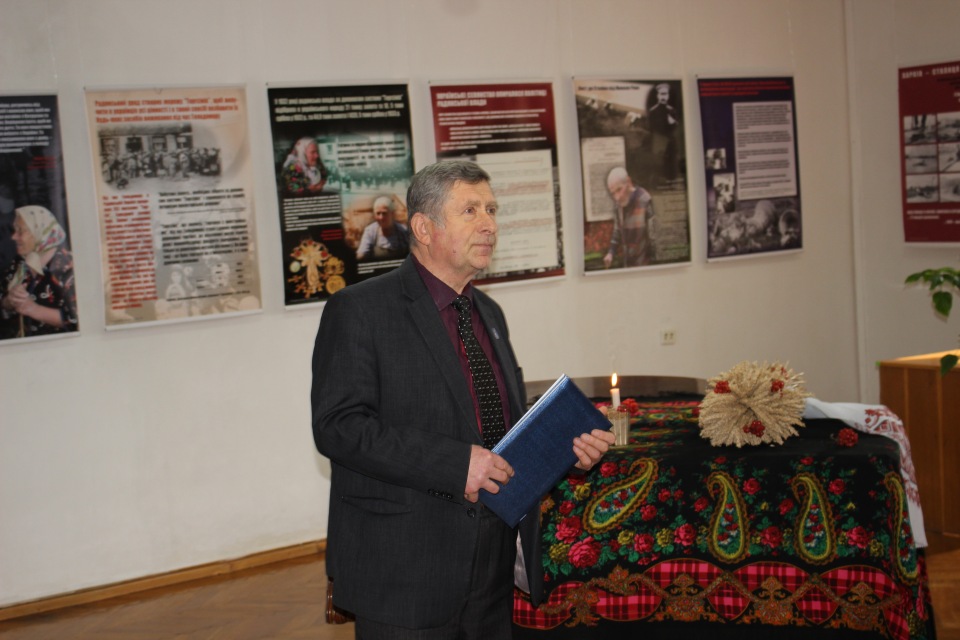 The National Museum “Holodomor Victims Memorial” handed a temporary exhibition “Executed by Famine: the Unknown Genocide of Ukrainians in 1932-1933” to the Museum of the History of Berdychiv.

Residents and guests of the city are able to learn more about the causes and the mechanism of the Holodomor-genocide, as well as theprocess of the Holodomor recognition and perception in the world. Why now? Because, according to Pavlo Skavronskyi, the director of the Museum of the History of Berdychiv, it was in March-April 1933 that the largest number of people died at the territory of Ukraine.

The exhibition is based primarily on oral history, which today is a fairly common method of social and humanitarian research. Facts from archival sources and official documents are combined with recollections of eyewitnesses of the 1932-1933 Holodomor.

At the opening of the exhibition, there were teachers of history, class leaders of senior classes and deputy directors of various educational institutions of Berdychiv. In the future, they plan to organize the excursions to the museum for schoolchildren.