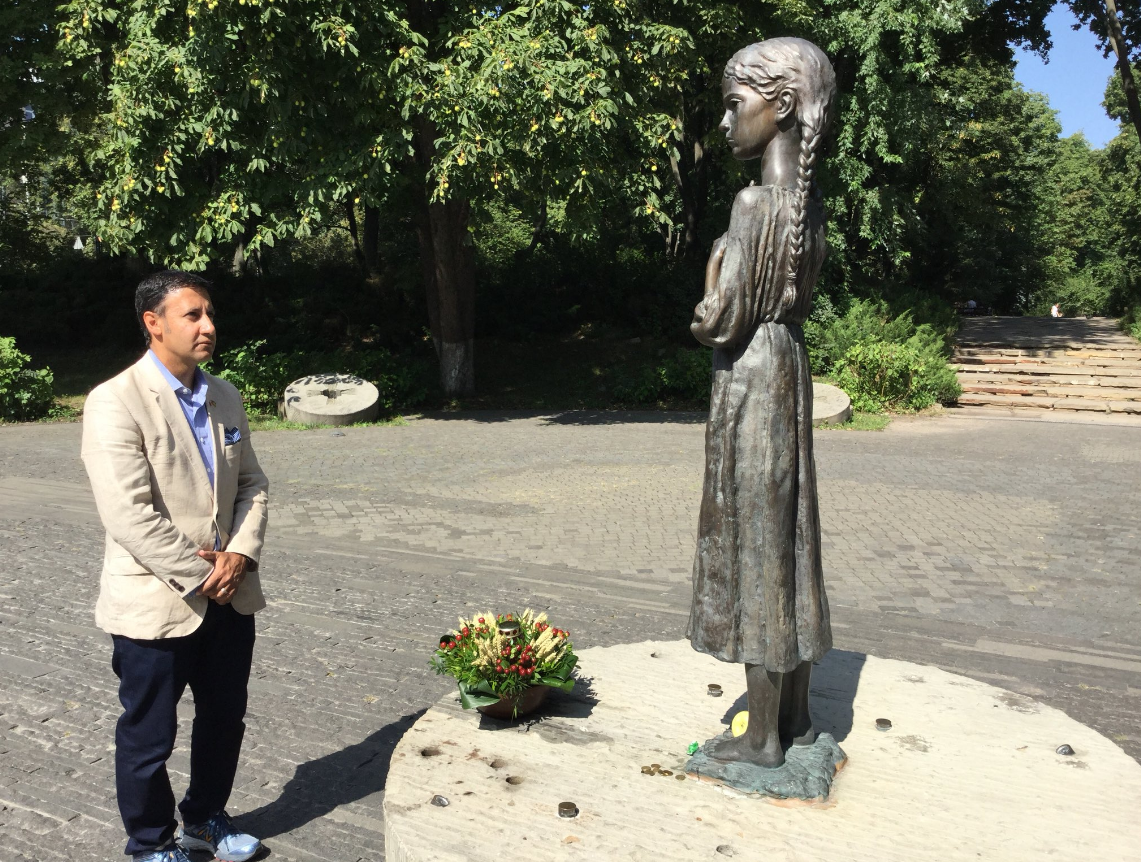 On August 25, 2018, the National Museum «Holodomor Victims Memorial» was visited by a Canadian delegation led by Arif Virani, the Parliamentary Secretary to the Minister of Canadian Heritage.

The honored guests put the flowers for honoring the victims of the Holodomor on the territory of the Memorial, visited the exposition of the Hall of Memory and lit a candle at the Altar of Memory.

During the excursion, the museum staff told to the delegation about the history of the genocide of the Ukrainian nation, which was executed by the leadership of the Soviet Union headed by Stalin.

The guests noted the importance of studying the history of the Holodomor-Genocide in Ukraine and around the world in order to prevent the crime of genocide in the future.

We recall that Canada was one of the first states to recognize the Holodomor as an act of genocide.