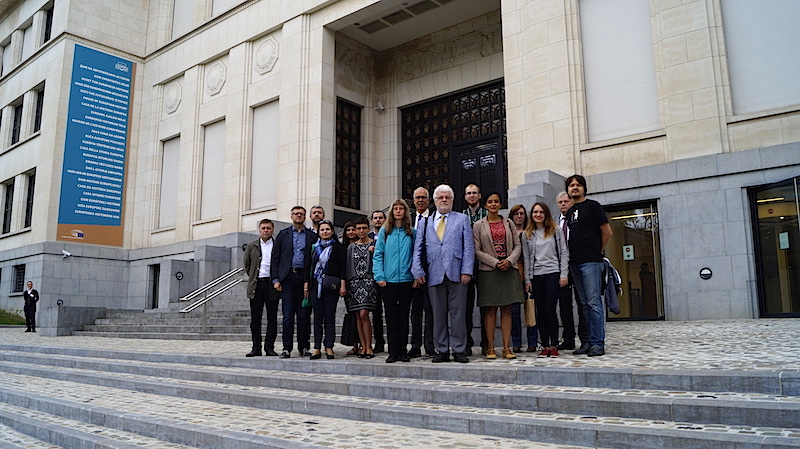 On November 20, 2017, Platform of European Memory and Conscience (the member of which is the National Museum “Holodomor Victims Memorial”) presented the report from the study trip of 19 experts from 9 countries to the museum “The House of European History” in Brussels. The museum was opened in May 2017 and is the project of European Parliament. We were writing about it more in detail.

The report consists from 5 parts in which general exposition messages and the narrative line are analysed. Also historical topics presented in the exposition are considered in detail. Among the revealed factual mistakes, an incorrect and humiliating statement was made regarding the genocide of Ukrainians in 1932-1933: the term “Holodomor” was not used, and the mass death rate of Ukrainians in 1932-1933 was explained by the fact that “collectivization led to a famine in the USSR, mostly on the territory of Ukraine and the Caucasus”.

The report concludes that the House of European History is not able to present European history in three dimensions: structure, concepts and facts. Experts noted that “visitors receive an ideologically biased, chaotic narrative line with many flaws or even falsifications. The basic idea is absent, and, apparently, is obscured by a limited Marxist concept”.

“We hope that this report will be the starting point for all-European, open and broad debates that will lead to the reconstruction of the House of European History. The European Union deserves a balanced, non-ideological and attractive exhibition which would present common roots and values that constitute the identity and consciousness of modern Europe”, commented Göran Lindblad, the President of the Platform.

On the basis of this report, Platform of European Remembrance and Conscience appealed to the European Parliament (since under its supervision the museum was created) to conduct a broad discussion on making changes to the main exhibition of the House of European History with the participation of experts from all EU-member states.