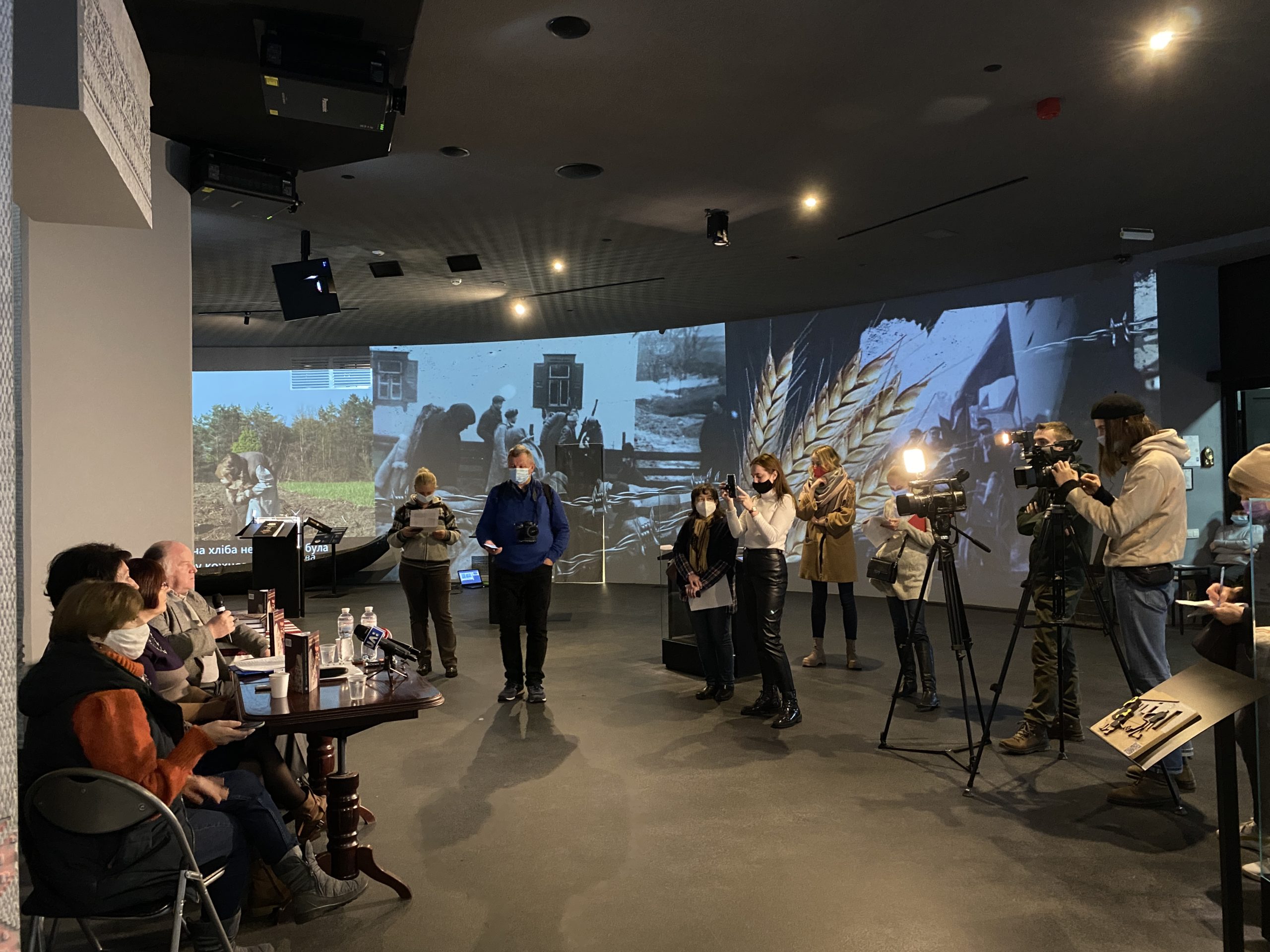 On November 23, the Holodomor Museum presented a textbook for teachers, “The Holodomor of 1932-1933 – the genocide of the Ukrainian nation”, prepared by the staff of the Holodomor Research Institute.

“The textbook has been tested in schools, received positive feedback from teachers, professors, members of the public – said the director of the Holodomor Research Institute, Doctor of Historical Sciences, and one of the authors of the textbook Svetlana Markova. “The educational publication will promote the formation of students’ universal and national values, social responsibility, intolerance of human rights violations, intensification of the desire to participate in the development of civil society and the legal social Ukrainian state.”

“I think this textbook will be a historical reminder for those who do not recognize the Holodomor as genocide today, or even for those who deny the Holodomor. Unfortunately, there are some in Ukraine and abroad, “said Vasyl Marochko, a leading researcher at the Holodomor Research Institute, a leading researcher at the Institute of Ukrainian History of the National Academy of Sciences of Ukraine, Doctor of Historical Sciences, professor, Head of the Genocide Research Center of the Ukrainian nation.

“School curricula do not cover the full range of Holodomor history, so the Holodomor Research Institute initiated the inclusion of fundamentally new topics in the textbook, which reveal how traditional Ukrainian society was broken, how the mentality nurtured for hundreds of years was destroyed, and how the communist totalitarian regime began to destroy Ukrainian youth”, – said Inna Shugalyova, a leading researcher at the Holodomor Research Institute, Candidate of Historical Sciences, Associate Professor.

The National liberation struggle during 1917-1921;

the policy of the communist totalitarian regime before Genocide;

organizers, executors, and mechanism of the Holodomor;

consequences and condemnation of crimes of the totalitarian regime.

According to the authors, the textbook will be useful not only for history teachers but also for teachers of the law, civic education, teachers, employees of cultural and educational institutions, journalists, students, pupils, and anyone interested in the history of Ukraine.