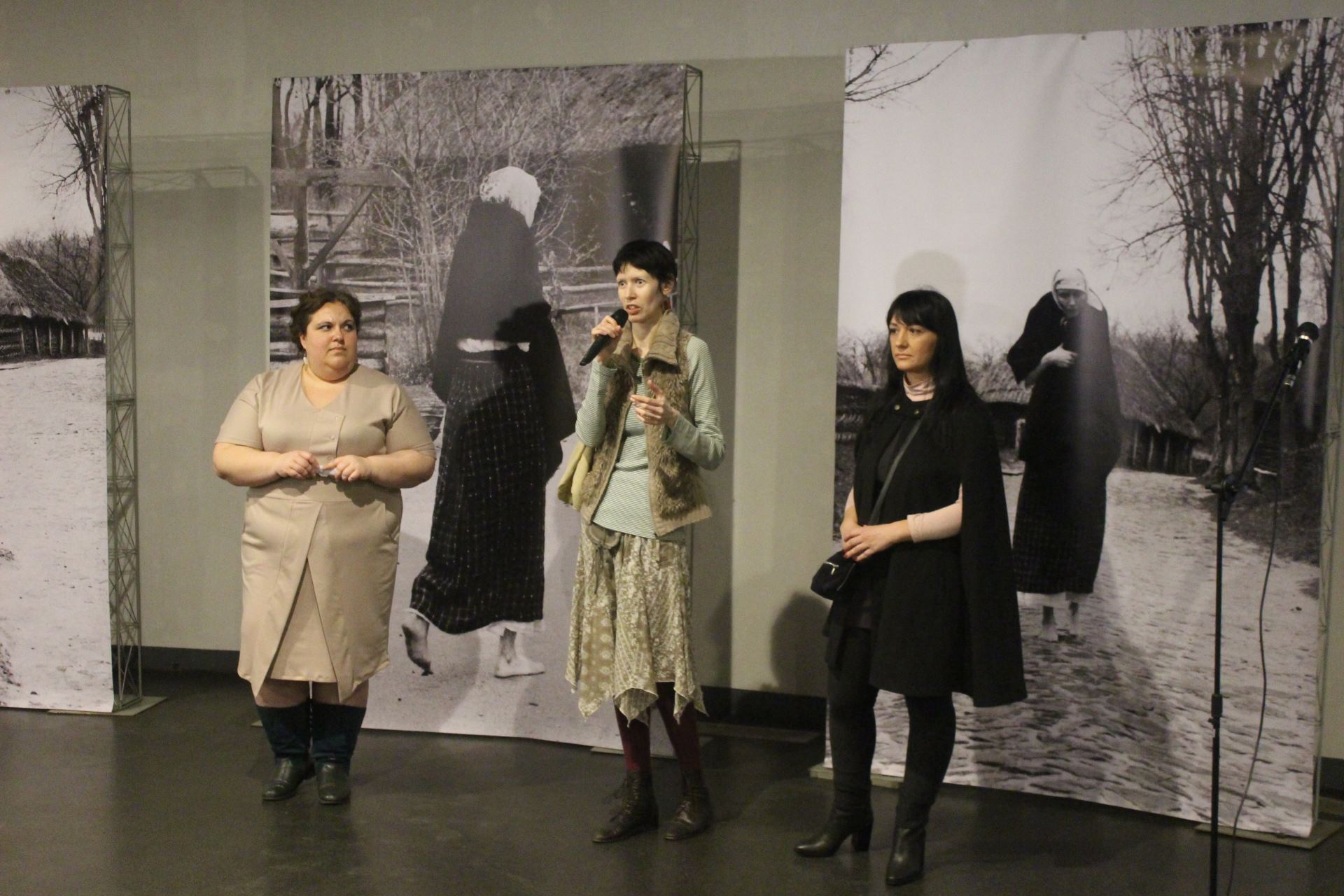 On March 24, 2017 in Holodomor victims’ Memorial was presented a photo-exhibition “Hungry symphony”. This photoset consists of black-and-white photographs, which were created in 2015 as a result of cooperation of poetess and musician Lila Perehuda and photographer Ksenia Pilyavska in the area of National Museum of Folk Architecture and Life of Ukraine.

The image of a woman, whose eyes are stared far into the depths of time, reminds us of terrible period in Ukrainian history and warns us about the consequences of forgetting it. The image of Women Death is also a Memory – as the heroine of photoset, Lila Perehuda, explained during the presentation.

The image of Women Death appeared in minds of Lila Perehuda much earlier, through deep emotions caused by subject of Holodomor and by stories that she heard from other people. But she got the chance to realize it only when in 2014 she moved to Kyiv from annexed Crimea. By the way, a woman who before that spoke only Russian for 20 years, just in few days started to speak Ukrainian in in her daily life; and now  she writes her poems in Ukrainian, singings in groups @Androsland” and “Zaprot vokrys”; Lila also works as a ringer in Vladimir Cathedral in Kiev.

The idea of Lila – to convey emotional experiences of Holodomor subject through pictures – was supported and implemented by a professional photographer Ksenia Pilyavska, for whom Holodomor is also a part of family history. Her grandfather survived the events of 1932-1933 and shared his memories with Ksenia, when she was a child.

“Today subject of Holodomor is made clear in scientific researches, in more or less public documentary base, however artistic reflection of the theme requires some additional efforts. We have only two feature films and about 10 artistic prose works. The representatives of photography art, before this project, were never appealed by subject of Holodomor. This photoset is a fresh expression of understanding and experience of Ukrainian Genocide 1932-1933 “, – said the First Deputy of General Director Lesya Hasydzhak.