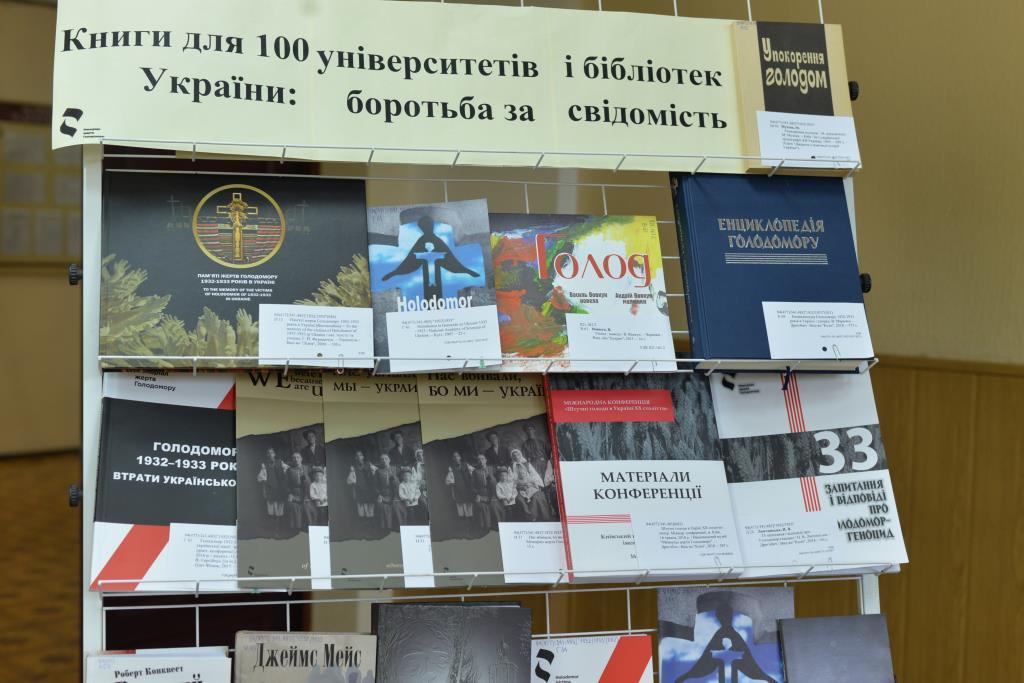 Presentation of the Project "Books for 100 Universities and Libraries in Ukraine: Struggle for Consciousness" in Kryvyi Rih

On May 16, 2019, Viktor Brekhunenko, the Director of the Holodomor Research Institute, a branch of National Museum “Holodomor Victims Memorial,” presented the project “Books for 100 Ukrainian Universities and Libraries: Struggle for Consciousness” at the Kryvyi Rih State Pedagogical University. The project is aimed to fulfill the funds of academic libraries of universities and public libraries with modern scientific and popular publications on the history of Ukraine of the twentieth century, in particular, on the genocide of the Ukrainian nation – the Holodomor of 1932–1933.

National Museum “Holodomor Victims Memorial,” together with the All-Ukrainian Human Rights Protection Organization Memorial named after Vasyl Stus and Omelian Kovch NGO, handed over about 50 books to Scientific Library of the University and the Kryvyi Rih City Library for Adults. In particular, these books included recently published “Encyclopedia of the Holodomor,” collections of documents on the Holodomor of 1932–1933, researches of R. Conquest, J. Mace, N. Naimark, and others.

The University will also be gifted with documentary videos (in Ukrainian, English, and Russian) about the Holodomor of 1932–1933 in Ukraine and American assistance to the starving Ukraine in 1921–1923.

During the presentation, a documentary film “Covering the Holodomor: Memory Eternal,” created by the Canadian Museum of Human Rights, was shown. The film explains the role of the media in overcoming the silence surrounding human rights violations, one of which was the genocide of Ukrainians, the Holodomor.