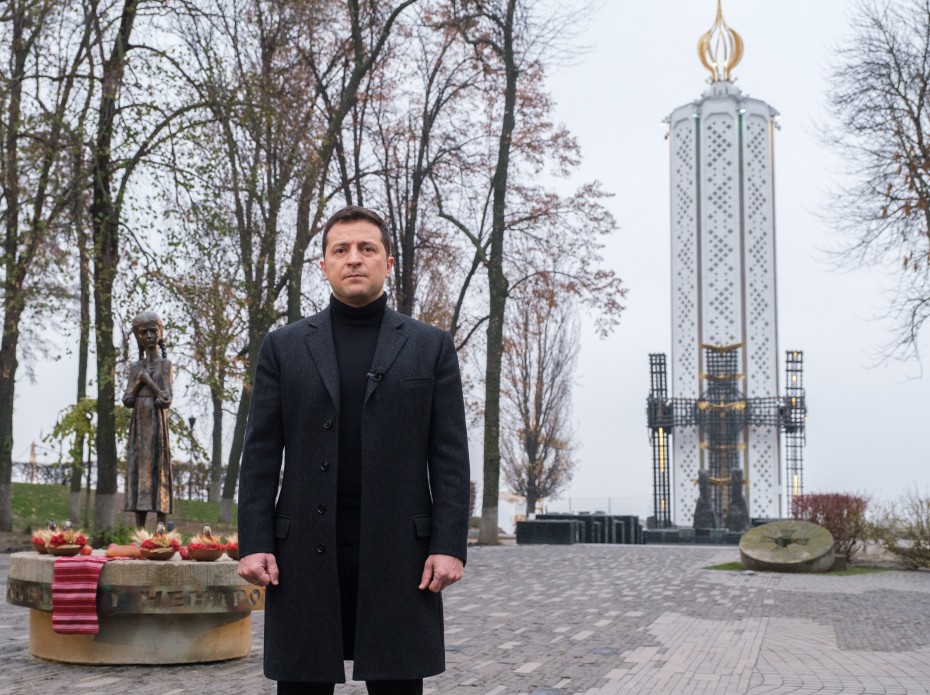 President Volodymyr Zelensky and First Lady Olena Zelenska, and other Ukrainian high-ranking officials honored the memory of the Holodomor victims.

The participants of the ceremony walked to the sculpture “Bitter Memory of Childhood”, near which symbolic compositions with grain were installed, and paid homage to the memory of the killed Ukrainians. The ceremony ended with a minute of silence.

“The result of the Holodomor, which was recognized as genocide of our nation by the totalitarian Stalinist regime, was millions of victims among Ukrainians. These losses are comparable to those suffered by Ukraine in World War II. How can one try to destroy the whole nation?” Volodymyr Zelensky said.

The President also stressed the importance of completing the construction of the second part of the Holodomor Museum: “The project of the National Museum of the Holodomor Genocide is very important for Ukraine, for our history and future. There were some problems with the financing of this project. However, such projects must be implemented. I gave instructions to the Cabinet of Ministers, and this issue will be resolved on Monday. The project will definitely be completed.”