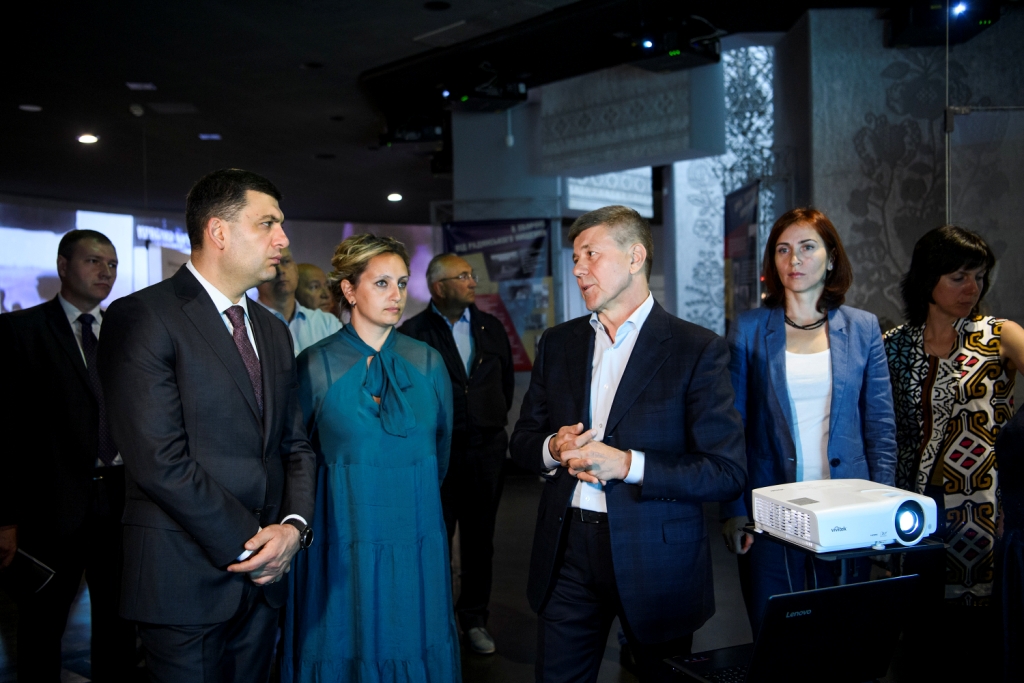 On July 12, 2019, Prime Minister of Ukraine Volodymyr Hroisman visited the National Museum “Holodomor Victims Memorial” in order to inspect the construction of the second part of the Memorial Complex.

The Prime Minister, together with the museum director Olesia Stasiuk, Chairman of the Supervisory Board of the International Charitable Foundation for the Development of the Holodomor Victims Memorial Ivan Vasiunyk, Director of the International Charitable Fund for the Holodomor Victims Memorial development Lesia Hasydzhak discussed the process of building and the exhibition of the museum’s future.

“To honor the memory of the millions of Ukrainians who perished during the Holodomor of 1932–1933 is a matter for every citizen. We need to know the history and its most tragic pages. Each of us must at least once visit this museum to understand what actually happened,” Prime Minister Volodymyr Hroisman said.

The architectural project of the museum is developed by a group of Ukrainian architects of Project Systems Ltd (Kyiv, Ukraine) in cooperation with the leading European studio NizioDesign International (Warsaw, Poland).

Everyone can get acquainted with the model of the building of the second stage of the Memorial complex in the Hall of Memory of the National Museum ” Holodomor Victims Memorial.”