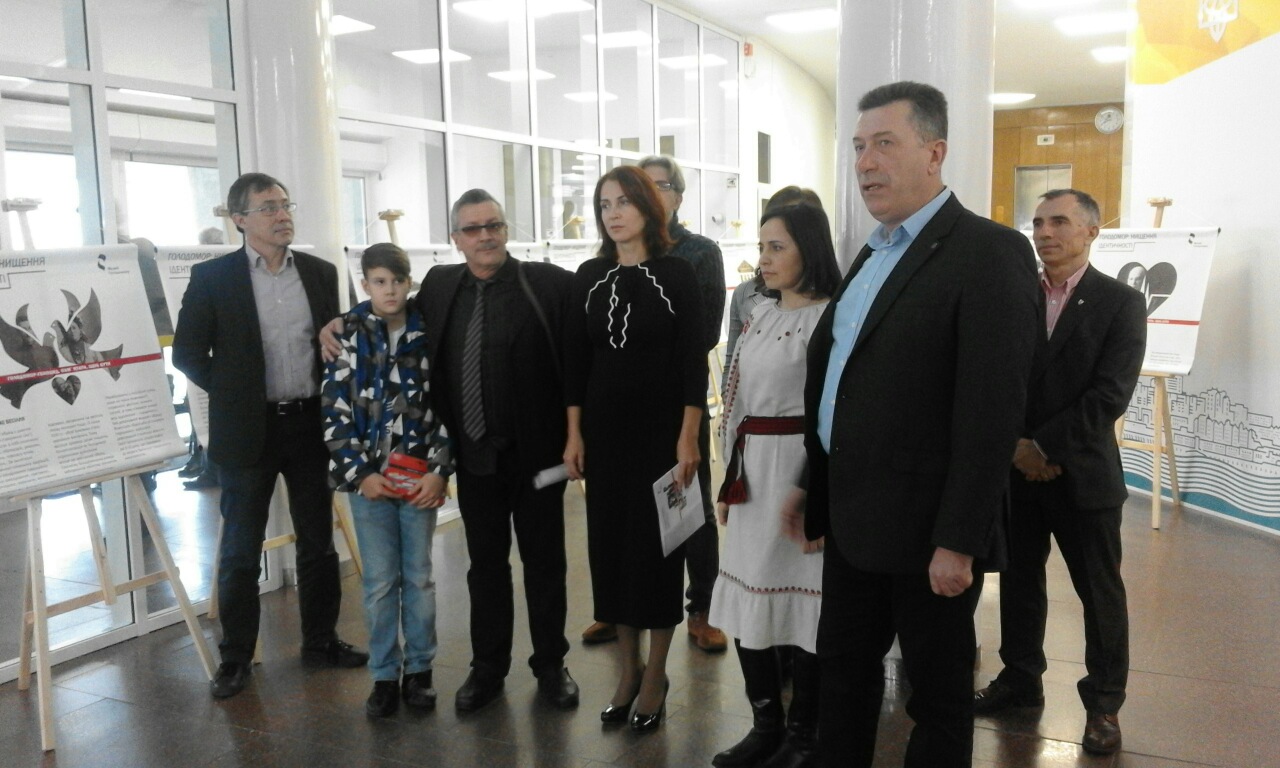 The project “Holodomor: Destruction of Identity” Was Presented in the Dnipro City Council

The opening of the exhibition was attended by Director General of the National Museum of the Holodomor-Genocide Olesia Stasiuk, Director of the Social Policy Department of the Dnipro City Council Eduard Pidlubnyi, Chairman of the Public Council at the Dnipro City Council Lilia Bohacheva, screenwriter of the film “Bitter Harvest” Richard Bachynskyi.

Edward Pidlubnyi told about his own family history related to the Holodomor. “In Soviet times, it was hard to believe in it. But what the grandmother told about it made me believe that it was still true,” the Director of the Social Policy Department of the Dnipro City Council said.

Liliia Bogacheva spoke about the resistance to the genocide by Dnipropetrovsk rewgion, including the great Pavlohrad uprising of 1930. Also, the Chairman of the Public Council at the Dnipro City Council emphasized the importance of such projects for informing society and preventing the repetition of crimes of genocide.

“Harvest of Sorrow” screenwriter Richard Bachynskyi stressed the importance of the Holodomor theme to the world: “It is important to present information about the Holodomor in various ways and in various projects, including ‘The Holodomor: Destruction of Identity.’ We also need to make documentaries and action films about this crime.”

The residents and guests of the Dnipro city will be able to see the exhibition by November 15, 2019.